Fifty years ago on July 20, 1969 commander Neil Armstrong and lunar module pilot Buzz Aldrin formed the American crew that landed the Apollo Lunar Module Eagle. In commemorating Apollo 11’s anniversary we looked into our Museum Collections to see where architecture intersects with the stars. 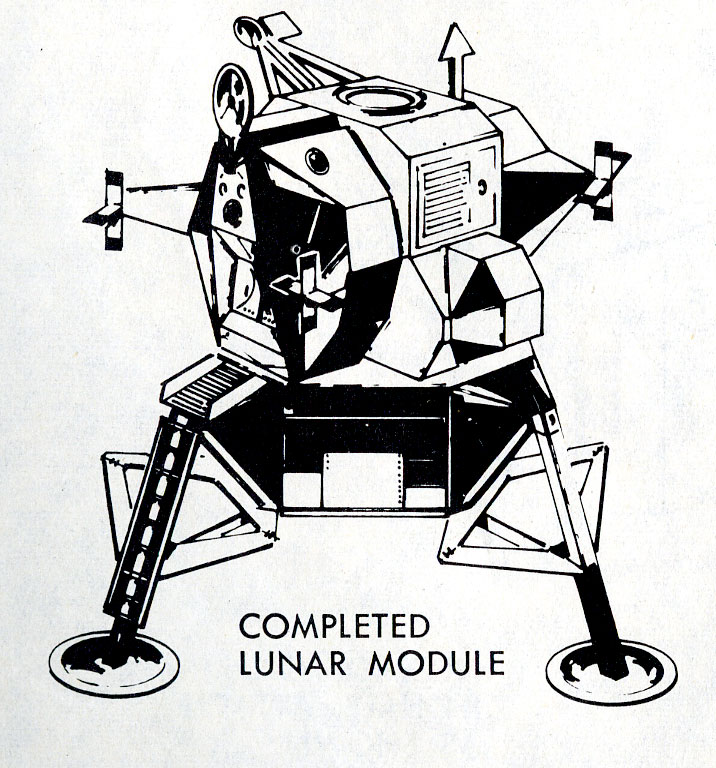 The Apollo 11 Lunar Module paper module and instruction sheet distributed by Gulf™ Oil gas stations in 1969 in the lead up to the moon landing. The LM is a two-stage vehicle, the bottom stage serving for landing and a “Launch Platform” for the upper stage. The upper stage is the astronaut’s cabin and contains the ascent engine for return to orbiting COMMAND and SERVICE MODULES. The entire module weighs approximately 35,000 pounds. 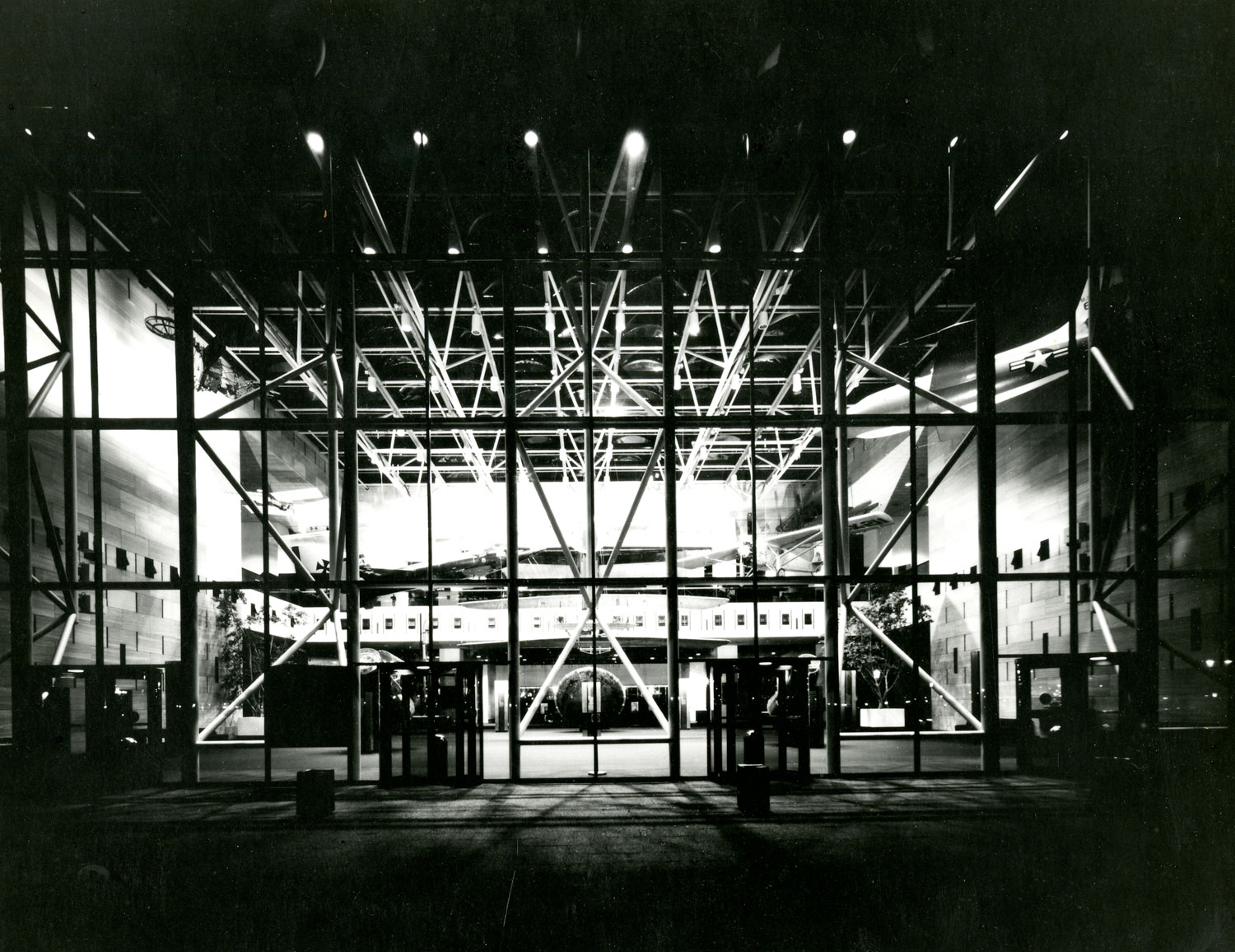 Robert Lautman black and white photograph of the National Air and Space Museum at night with the Apollo 11 Lunar Module beautifully centered, taken in the late 1970’s. On July 4, 1976, the new National Air and Space Museum (NASM) opened on the National Mall in Washington, DC. Prior to that time, the national aeronautical and astronautical collections had been housed in the Arts and Industries Building and an adjacent small building.

Draft of the Washington National Cathedral Space Window by artist Rodney Winfield. Our draft is dated 1973, while the Space Window itself was dedicated in 1974 on the 5th anniversary of the moon landing.

The window contains a 7.18-gram basalt lunar rock from the Sea of Tranquility, donated to the Cathedral by the crew of Apollo 11 (Neil Armstrong, Edwin (Buzz) Aldrin and Michael Collins). The window was dedicated on the fifth anniversary of the Apollo 11 lunar landing, July 21, 1974. Artist Rodney Winfield of St. Louis created the design to symbolize the macrocosm and microcosm of space.

Radiations of light emanate from numerous solar spheres. Shining through deep colors are white dots symbolizing stars. The thin white trajectory encircling a sphere depicts a manned space ship. Winfield wanted to show the minuteness of humanity in God’s universe. Inspiration for the window’s design and color palette came from photographs taken during the Apollo 11 mission. Dr. Thomas Paine, director of NASA during the first three years of the Nixon administration, was the window’s benefactor. The “Space Window” is the only stained glass window in the Cathedral that incorporates all three lancets into a single image.