Do you believe in ghosts? Dare to walk our halls after dark? Test your mettle in this year’s Ghost Tours & Escape Room experience. Select your date and time below.

A History of Haunting
more

The Museum resides in the former Pension Building of Washington, D.C. The Pension Bureau was commissioned to handle pensions for those wounded, maimed, take out and the widowed, or orphaned during the Civil War. Completed in 1887, it was designed by Montgomery C. Meigs, the U.S. Army quartermaster general for the Union. Meigs was notably friends with Abraham Lincoln and present at Lincoln’s deathbed, tasked with guarding the door after the president’s fatal shooting.

In the 1970s a guard on solo duty claimed to see a limping man climbing the stairs to the third floor. After seeing the figure’s face the guard ran from the building, telling others he’d seen the fires of hell. Shortly thereafter, he was committed to a psychiatric hospital. Some speculate he saw the ghost of James Tanner, a stenographer who took down the testimony of eyewitnesses after the assassination of President Lincoln.

During a building renovation construction workers found single, unpaired shoes underneath the building’s floors, thought to be buried to help ward off evil spirits. Despite this, visitors still claim to see a grinning skull in the Corinthian columns. 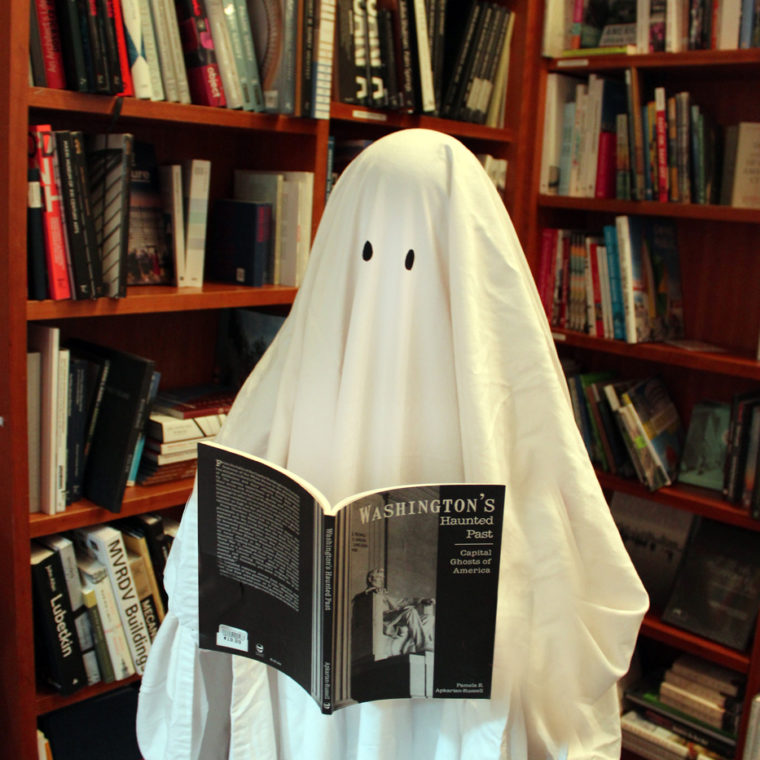 The Museum's ghost was caught reading about DC's haunted past. 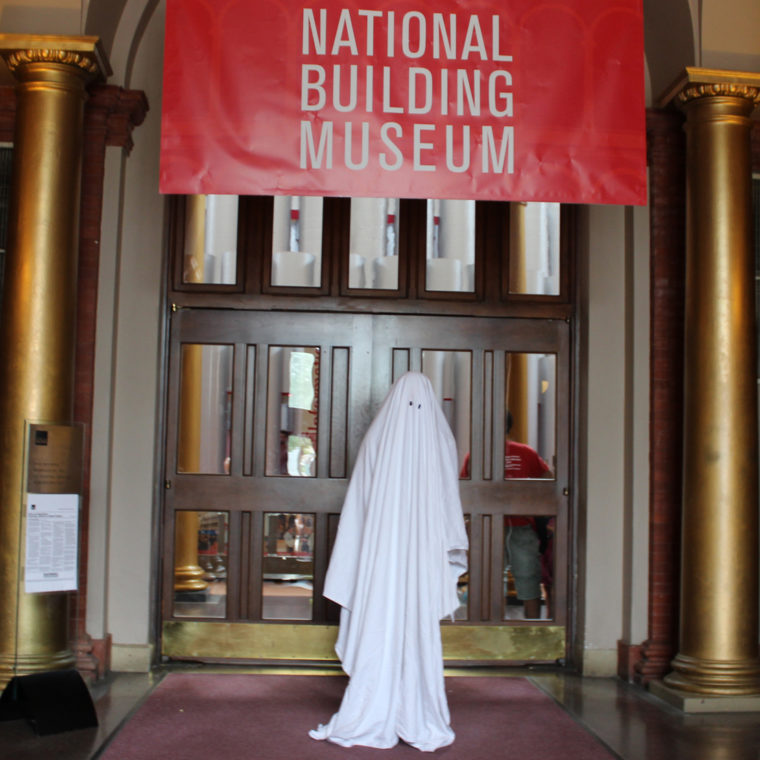 Ghost sighting at the Entrance to the Museum. 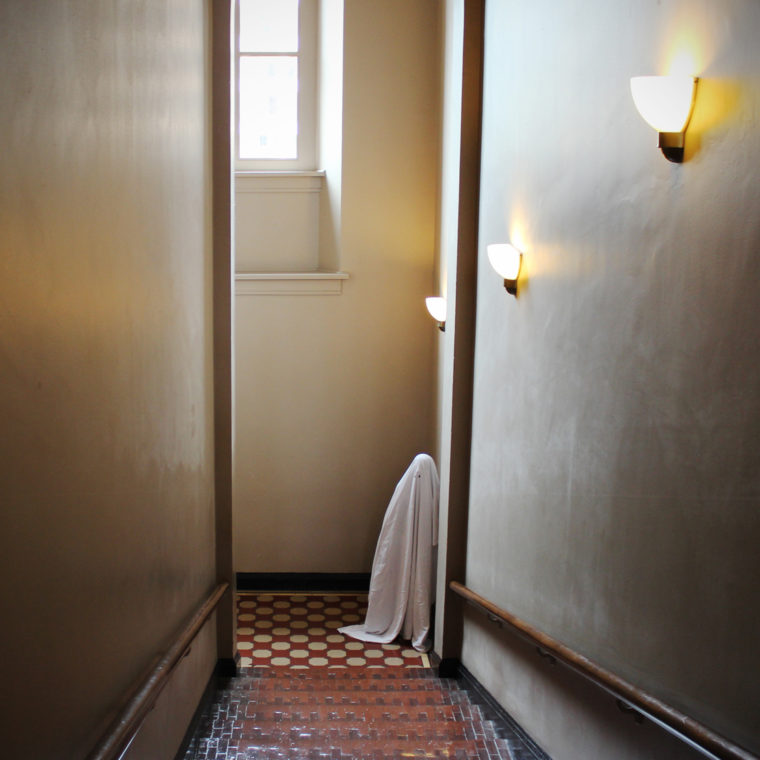 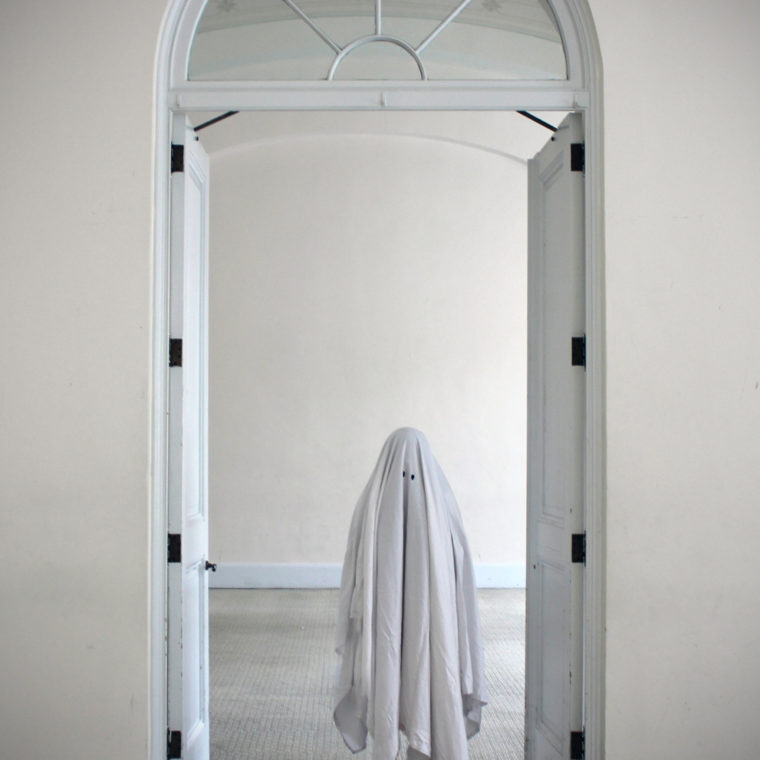 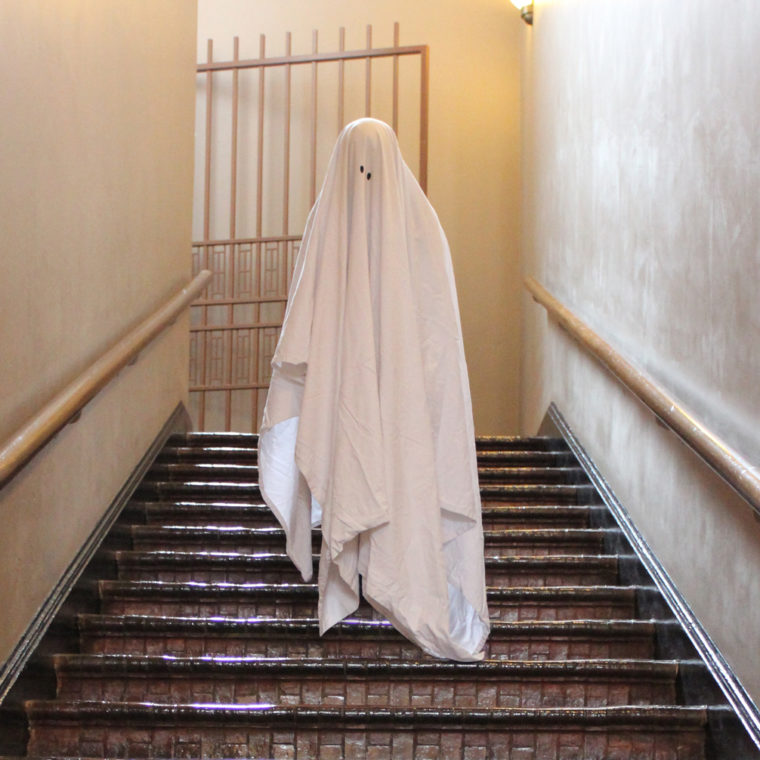 Gliding down the staircase. 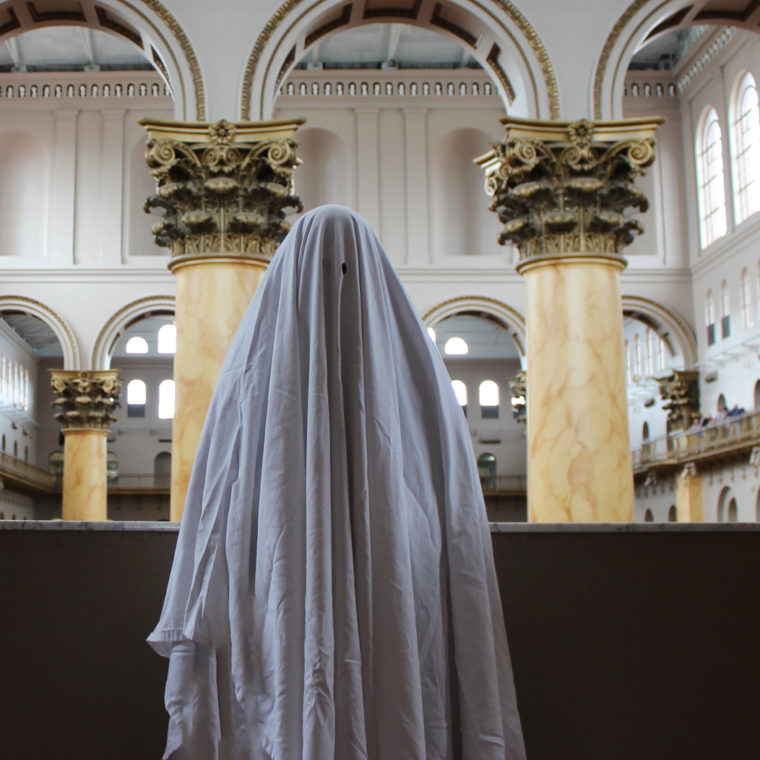 Ghost sighting in the Great Hall 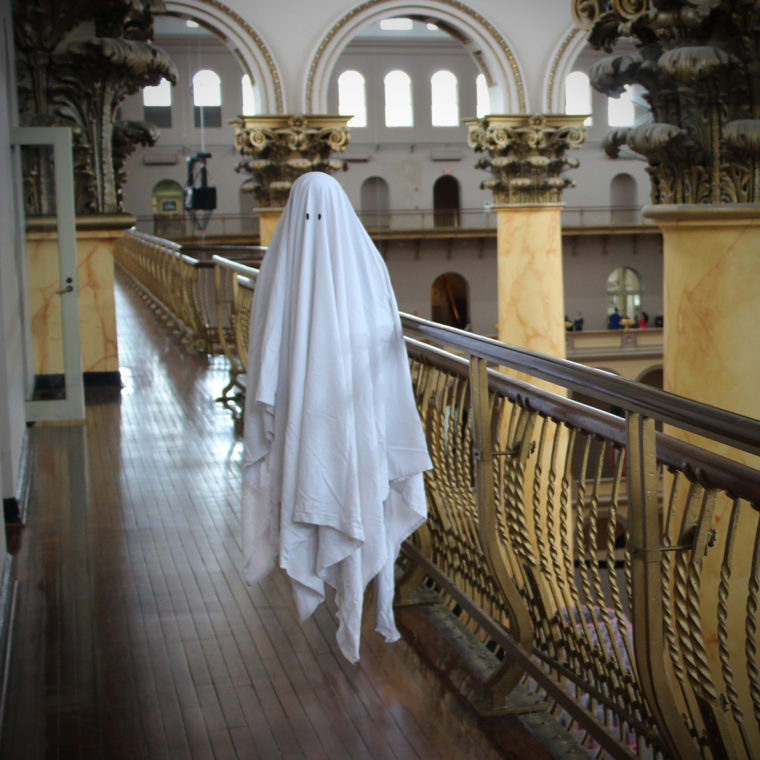 The Museum's ghost known to roam the 4th floor. 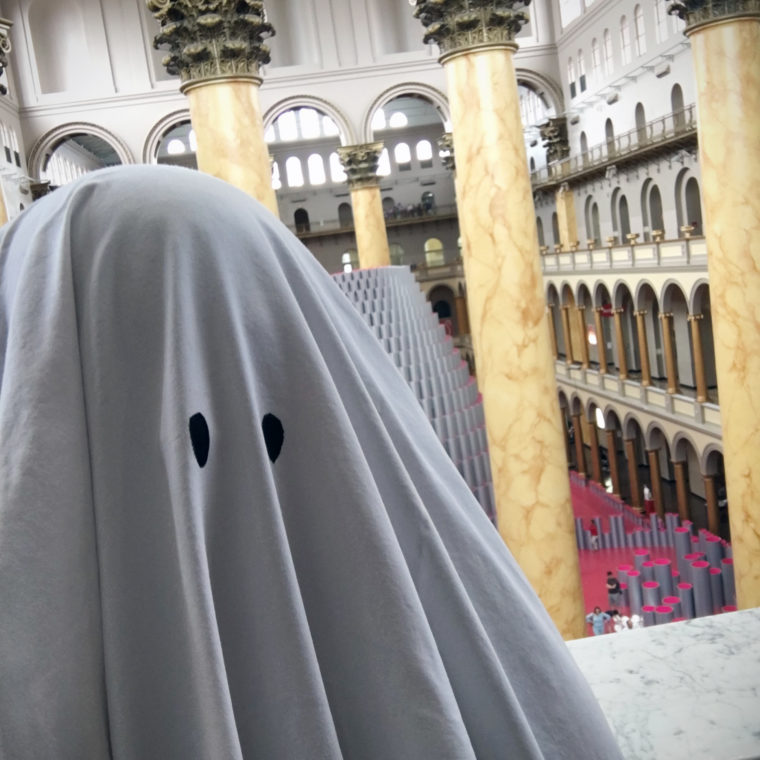 The National Building Museum needs your support more than ever.