What’s Going On in the Great Hall?

Here’s our update on the National Building Museum Great Hall floor repairs.The U.S. General Services Administration (GSA) is currently overseeing the extensive project to replace the current concrete floor with a modern foundation, ensuring the long-term preservation of the Museum’s historic home. This work will replace the existing concrete slab and carpet. The Museum will reopen in spring 2020. 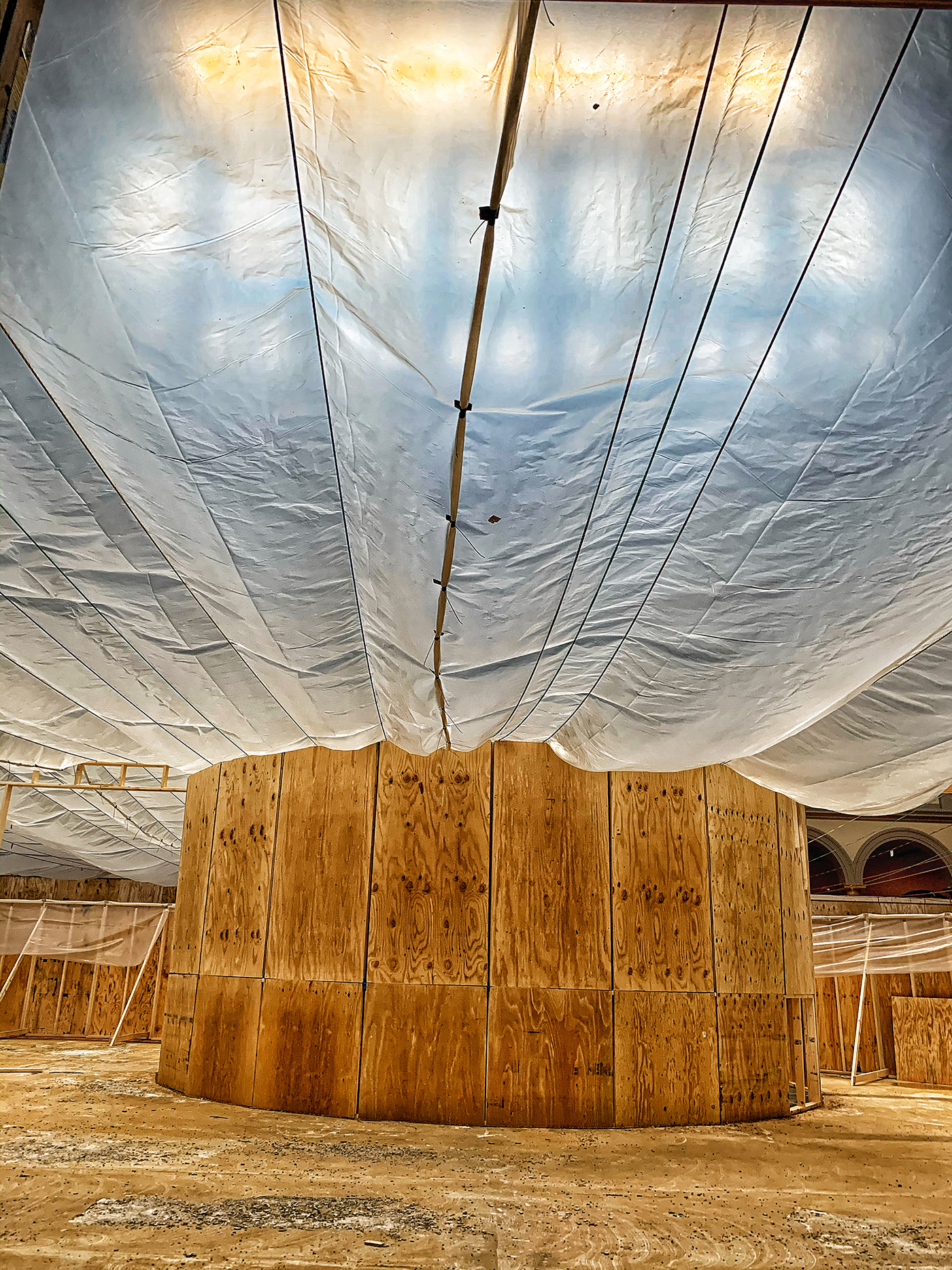 Extensive protection systems have been installed around the perimeter columns as well as the monumental columns, the fountain and the Presidential seal to ensure these historic features are safeguarded throughout the course of the project. This essential work will ensure the preservation of the building for decades to come. 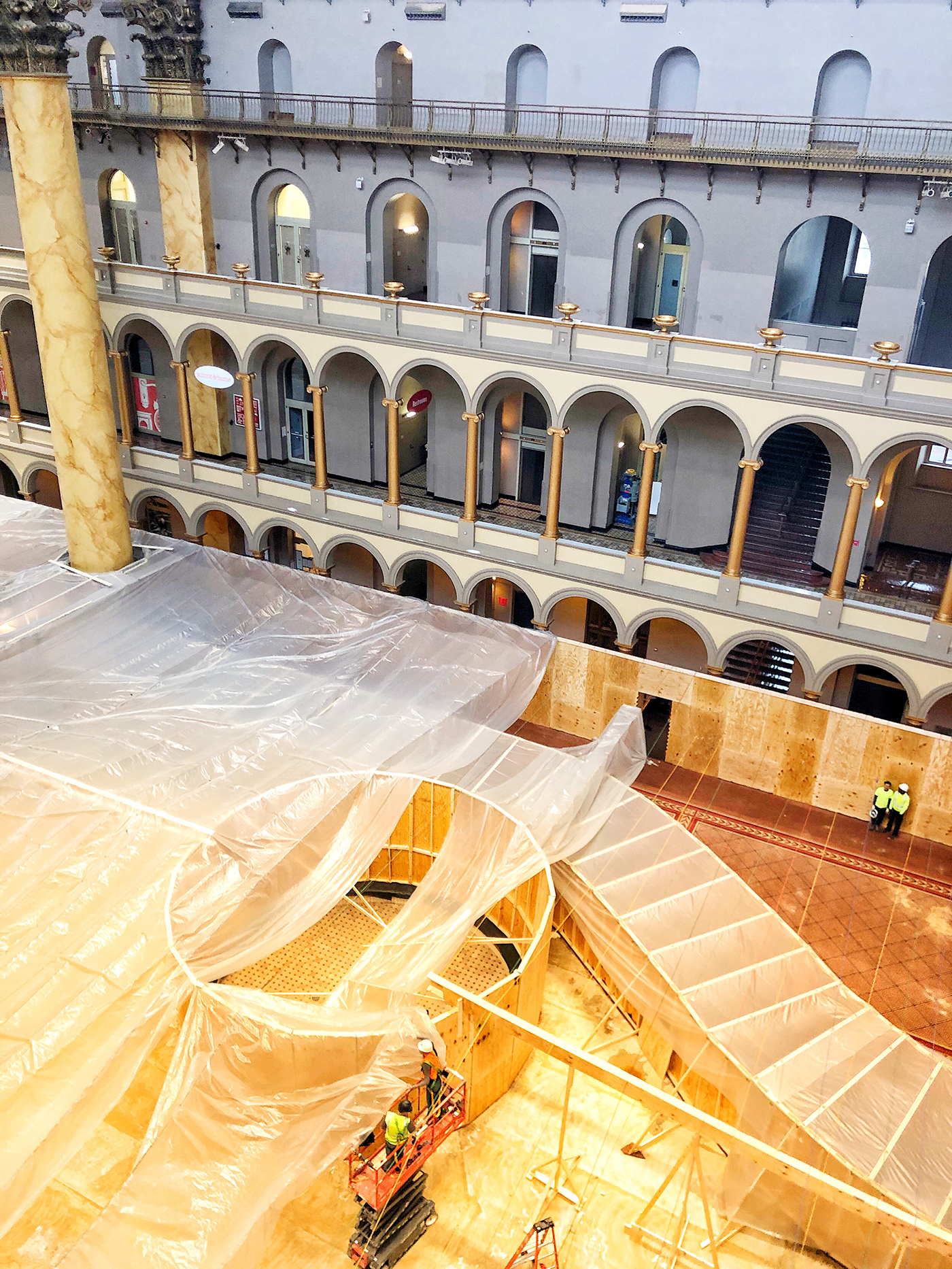 Constructed between 1882 and 1887, in the aftermath of the Civil War, to house the newly created U.S. Pension Bureau this notable building became a national historic landmark in 1985.  The building was originally designed for two functions: to serve as a public headquarters from which pensioners could collect their benefits and to provide a suitably grand space for Washington’s social and political functions. 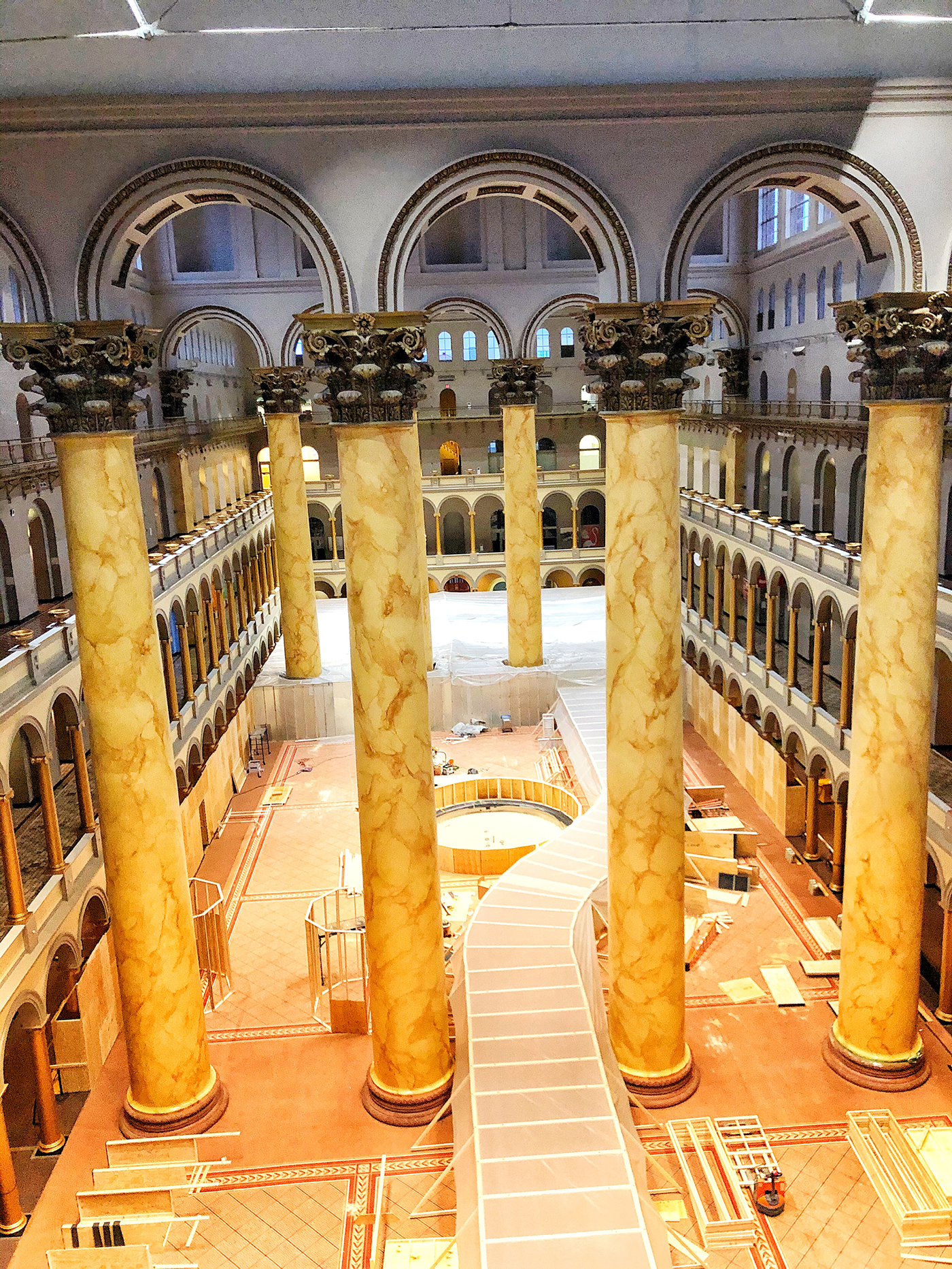 U.S. Army Quartermaster General Montgomery C. Miegs was appointed as both the architect and the engineer for the building’s construction. The
Repair of the National Building Museum Great Hall Floor architecture of this building was outdated when it was built, as it did not reflect the Washington landscape of the time, even being derogatorily referred to as [architect] “Mieg’s Big Red Barn.” 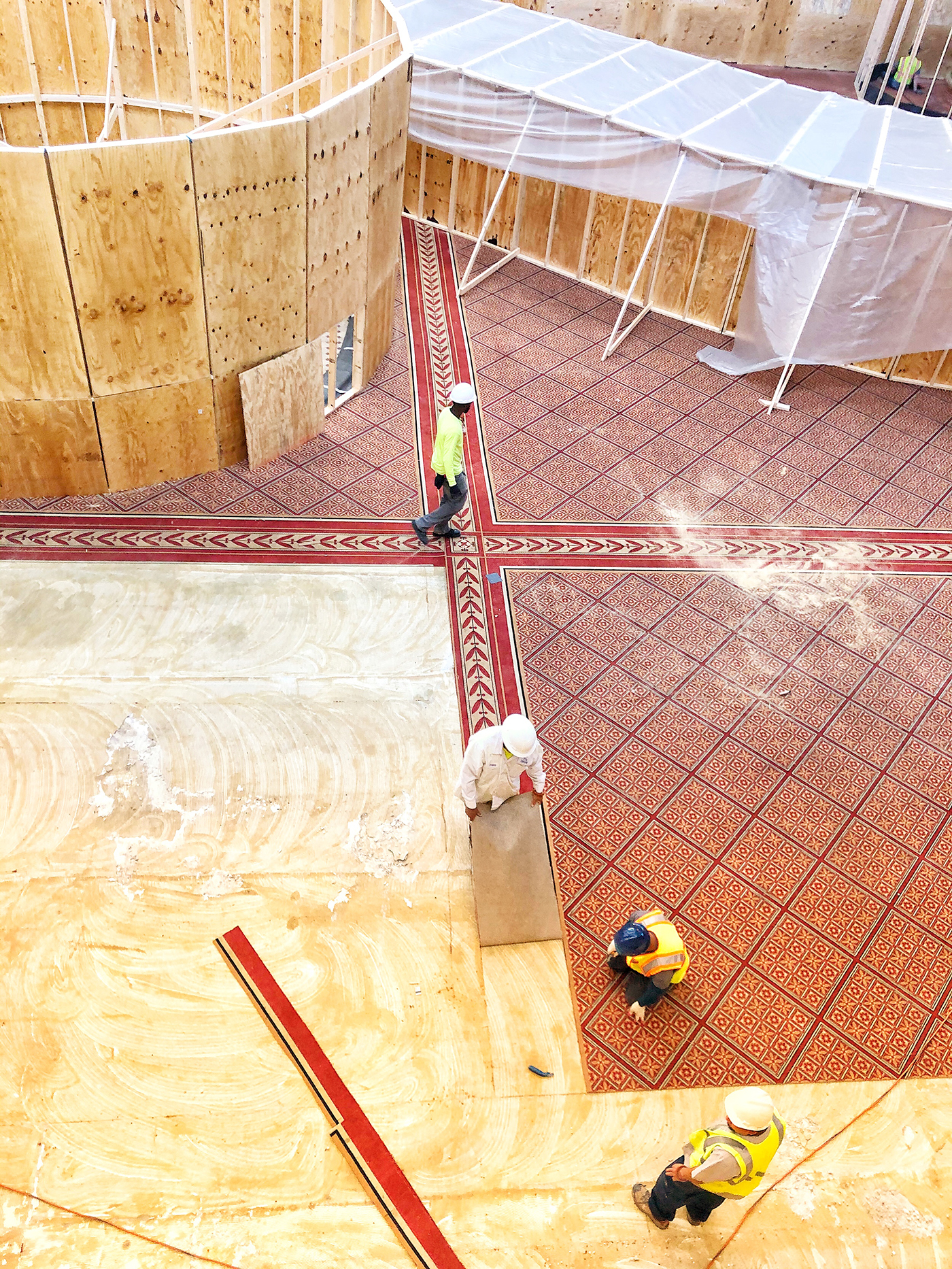 Today, it is one of Washington, D.C. ’s most unique and beloved public spaces, home to the National Building Museum, and one of the U.S. General Services Administration’s most visible examples of historic building stewardship.  The building is an important venue for galas, trade shows, exhibitions and notably Presidential Inaugural Balls.