The Museum’s collections contain approximately 76,000 photographic images, 103,000 architectural prints and drawings, over 100 linear feet of documents, and over 10,000 objects, including material samples, architectural fragments. We asked the collections staff to name some of our more unusual objects. 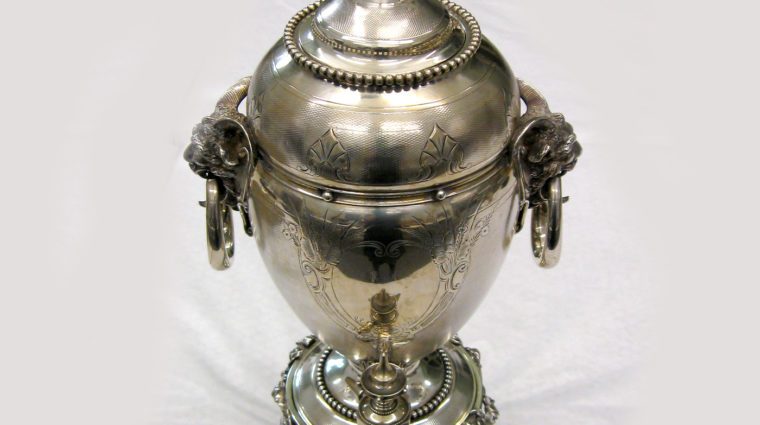 The Civil War’s Quartermaster General Montgomery C. Meigs was gifted this tea service from his staff when he was fired from the Capitol Dome project for revealing corruption in the administration of the project.  While beautifully crafted, the set has the unusual distinction of horned gargoyles lining the side of the main carafe. 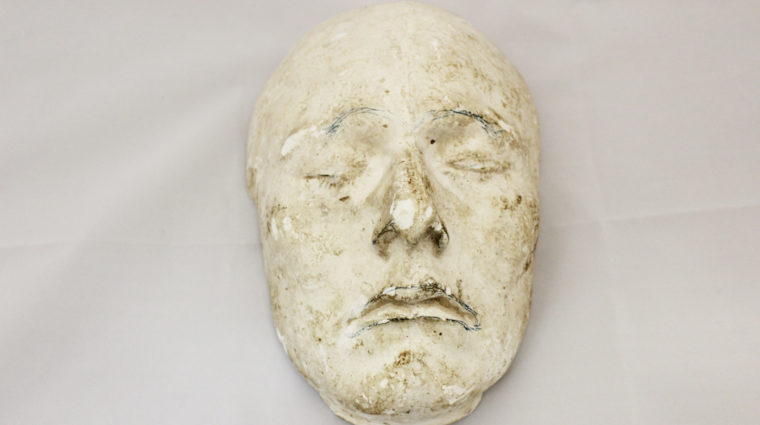 Found under the third floor’s floorboards of the Pension Building, the Collections staff has little idea what this is or why it was hidden under the floorboards. The plaster has blue markings on lips, eyebrows and nose. It is made of a similar plaster to the molds used to make the decorative elements on the large columns in the Great Hall. 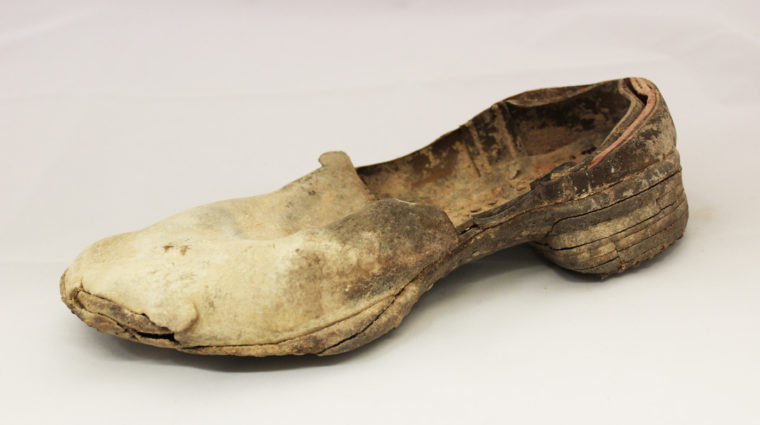 Found under the floorboards of the old Pension Building, the solo shoes reflect an old superstition that hiding shoes in a building as it’s being built will ward off evil.  Shoes are one of the few items of clothing that really mold to the body part they are worn on, which is why they were considered a powerful charm.  None of our shoes have pairs. They are all single shoes, some are men’s shoes and some are women’s and they appear to be from various socioeconomic levels.

The fiber optic cables embedded in this block of cement allows light to shine through the building material, thus creating a solid, structural wall that you can see shadows through. It came to our collections during the Liquid Stone exhibition.