Mass. Senator Markey and The Carlyle Group’s Rubenstein to Join as Guest Speakers

The National Building Museum announced today that New Jersey Senator Cory Booker and Los Angeles Mayor Eric Garcetti will serve as keynote speakers for its virtual 2021 Honor Award event on June 17. David M. Rubenstein, Co-Founder and Co-Chairman of The Carlyle Group, will interview both about the urgency for climate action in the building industry and beyond, and explore how each is championing accelerated positive change. Attendees can look forward to a robust discussion on how public- and private-sector collaboration and innovation are needed to address the critical issue of global warming, this generation’s most compelling challenge. Senator Edward J. Markey of Massachusetts, the co-author of the Green New Deal, will also contribute his perspective during the event.

The Museum will present its 2021 Honor Award at the event to global design firm Skidmore, Owings & Merrill (SOM), acknowledging the firm’s extraordinary contributions to the architectural canon and its historic leadership on the critical issues facing the building industry. In partnership with SOM, the Museum has transformed this year’s annual Honor Award into a Climate Change Call to Action.

The Museum and SOM carefully tailored requests for event contributors, seeking leaders who inspire and advocate for positive action, and who lead by example how to meet the challenges of climate change.

“Even as we celebrate the firm, SOM is challenging all of us by calling for immediate action that recognizes the urgency of climate change and advocates a transformational shift in how buildings are designed, constructed and operate,” said Aileen Fuchs, President and Executive Director of the National Building Museum. “Continuing its 40-year history as a thought leader for the built environment, the Museum will use its platform to connect industry leaders to communities we serve, locally and nationally, inspiring dialogue and deeper understanding about the impact of the built environment in our daily lives and on the future of the planet.”

“We are honored to welcome senators Booker and Markey as well as Mayor Garcetti and David Rubenstein to participate in this important discussion,” said Anthony Greenberg, Museum Board Chair and Executive Vice President, JBG SMITH. “The Museum Board also gratefully acknowledges Amazon as the event’s Presenting+ Sponsor and DPR Construction as the Keynote Sponsor.”

“At the onset of a decade that may very well determine the future of our planet, SOM is dedicated to leading the building industry’s response to the climate crisis through action and advocacy,” said Chris Cooper, Design Partner at SOM. “Our programming, which brings together leaders from a variety of fields, will make the case for bold and immediate action to protect the Earth’s resources and to support the transition to a zero-carbon economy.”

As part of this year’s virtual Honor Award, the Museum and SOM are co-hosting NBM Climate Action programming, a weekly online series of expert panel discussions exploring the building industry’s role in addressing the climate crisis:

For the first time since the annual Honor Award was launched in 1986, tickets to the event and this year’s associated programming are available to the general public. Visit NBMVirtual.org for program information and event tickets and to learn more about sponsorship opportunities. Attendance to the Honor Award event and the NBM Climate Action programs is free for individual Museum members and students. 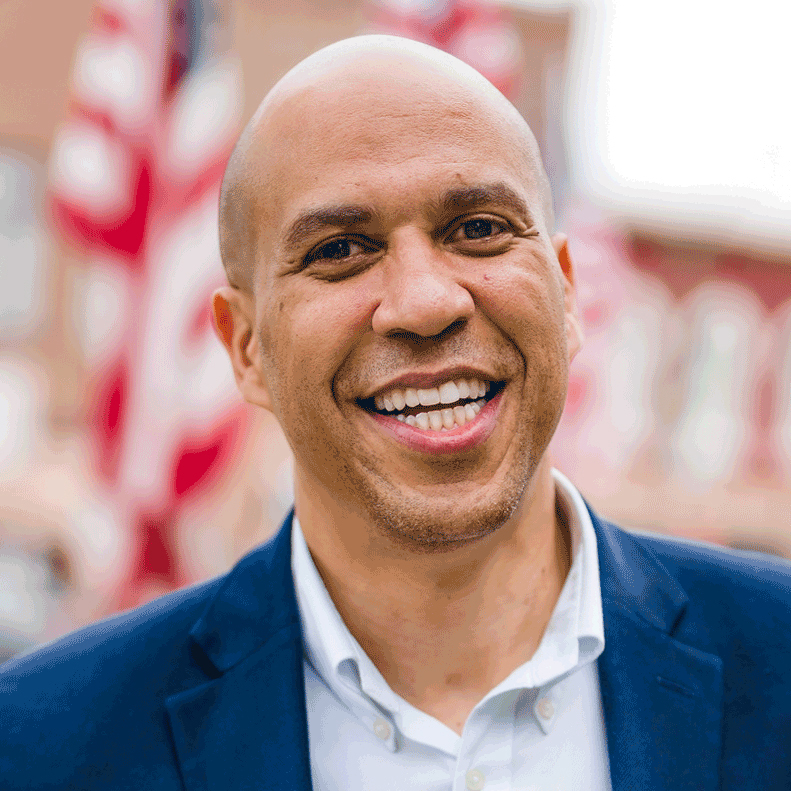 Senator Cory Booker (D-N.J.)
Cory Booker has spent his entire career running at the toughest challenges and bringing people together to accomplish things others said were impossible. In 1996, he moved to Newark, New Jersey, to provide legal services for low-income families and fight for tenants’ rights. At age 29, Cory was elected to the Newark City Council and, beginning in 2006, he served as Newark’s Mayor. In 2013, Cory became New Jersey’s first African American Senator. In the Senate, he has advanced economic opportunity and equal justice—advocating for criminal justice reform and increased wages, spurring economic development and job creation, and leading efforts to protect the rights of all Americans to breathe clean air and drink clean water. From working to stop the scourge of gun violence in our communities and fighting to deliver economic opportunity for all, to protecting and expanding health coverage and pushing to drive down healthcare costs, Cory approaches every day as an opportunity make justice and opportunity real for all. 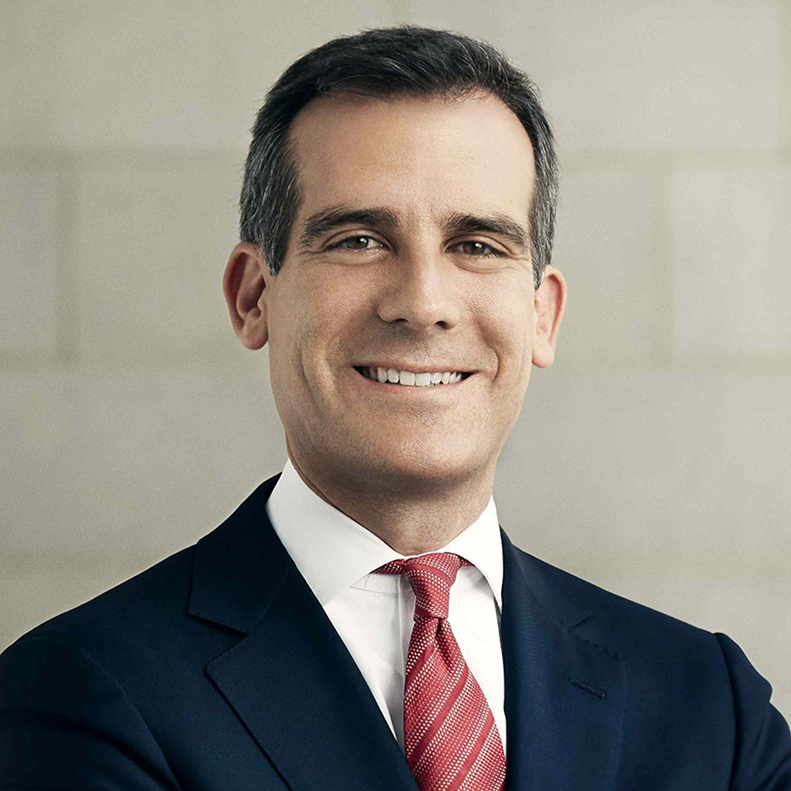 Los Angeles Mayor Eric Garcetti
Eric Garcetti is a fourth-generation Angeleno and the 42nd Mayor of Los Angeles. His life has been shaped by the core values of justice, dignity, and equality for all people. These ideals drive the Mayor’s commitment to give children and families of every race, faith, background, and income the chance to get a good education, live on safe streets, earn a decent wage, breathe clean air and drink clean water, receive affordable medical and child care, and build a future of their own choosing. The Mayor passed the boldest local infrastructure initiative in American history, and launched one of the most ambitious higher education access programs in the nation. He is confronting a homelessness crisis by leading an unprecedented regional alliance committed to getting people off the streets and ending chronic homelessness. He raised the minimum wage to $15 an hour and cut business taxes to help drive a historic economic recovery. And in 2018, he partnered with the philanthropic sector to support his plan for universal sports and fitness programs that are both free and local for all children in Los Angeles. 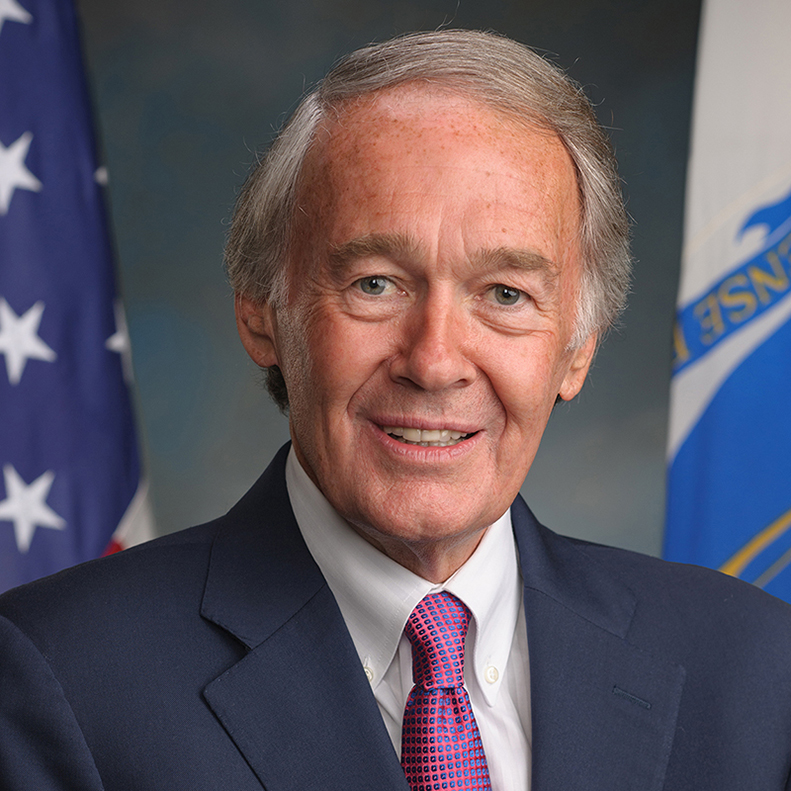 Senator Edward J. Markey (D-Mass.)
Senator Edward J. Markey, a consumer champion and national leader on energy, environmental protection, and telecommunications policy, has a prolific legislative record on major issues across the policy spectrum and a deep commitment to improving the lives of the people of Massachusetts and our country. In April 2021, he reintroduced the Green New Deal Resolution with co-sponsor Congresswoman Alexandria Ocasio-Cortez, legislation he characterizes as the “DNA of climate action.” Whether the issue is climate change, clean energy, safeguarding privacy, nuclear nonproliferation, investor protection, or preserving an open internet that spurs competition and consumer choice, Senator Markey stands up for the priorities and values of Massachusetts. He has an unparalleled record of energy and environmental legislative achievements, consistently fighting to create new jobs in American clean energy, and served as a leading consumer champion against rising gas prices and foreign oil. In 2009, In the House of Representatives, then-Congressman Markey served as the Ranking Member of the Natural Resources Committee. In addition, he served as Chairman of the Select Committee on Energy Independence and Global Warming and served on the Energy and Commerce Committee. Then-Congressman Markey was also the co-author of the landmark Waxman-Markey bill, the only comprehensive climate legislation ever to pass a chamber of Congress. It gave hope to the world that the U.S. was serious about addressing climate change and helped America effectively negotiate with the international community. 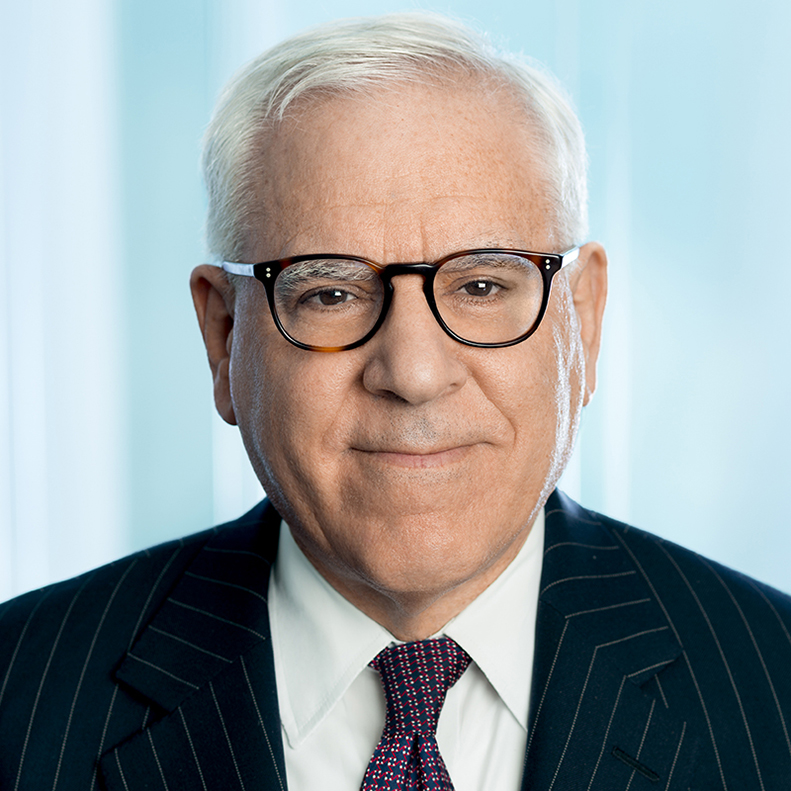 David M. Rubenstein, Co-Founder and Co-Chairman, The Carlyle Group
David M. Rubenstein is the host of The David Rubenstein Show: Peer-to-Peer Conversations on Bloomberg TV and PBS, and the author of The American Story: Conversations with Master Historians and How to Lead: Wisdom from the World’s Greatest CEOs, Founders, and Game Changers. He is a Co-Founder and Co-Chairman of The Carlyle Group, one of the world’s largest and most successful private investment firms. Mr. Rubenstein co-founded the firm in 1987. Since then, Carlyle has grown into a company managing $260 billion from 29 offices around the world. A philanthropic and thought leader, Mr. Rubenstein is associated with dozens of prominent cultural, educational, medical, and economic institutions. His diverse leadership roles include serving as Chairman of the Boards of Trustees of the John F. Kennedy Center for the Performing Arts and the Council on Foreign Relations.

ABOUT THE 2021 HONOR AWARD RECIPIENT
Skidmore, Owings & Merrill (SOM) is a collective of architects, designers, engineers and planners, responsible for some of the world’s most technically and environmentally advanced buildings, and significant public spaces. From a strategic regional plan to a single piece of furniture, SOM’s designs anticipate change in the way we live, work and communicate, and have brought lasting value to communities around the world. The firm’s approach is highly collaborative, and its interdisciplinary team is engaged on a wide range of international projects, with creative studios based across the globe.

ABOUT THE NATIONAL BUILDING MUSEUM
The National Building Museum inspires curiosity about the world we design and build. We believe that understanding the impact of architecture, engineering, landscape architecture, construction, planning, and design is important for everyone. Through exhibitions, educational programs, and special events, we welcome visitors of all ages to experience stories about the built world and its power to shape our lives, our communities, and our futures. Public inquiries: 202.272.2448, info@nbm.org, or visit www.nbm.org. Connect with us on Facebook, Instagram, and Twitter.

ABOUT THE HONOR AWARD
Bestowed each year at the National Building Museum’s Annual Gala since 1986, the Honor Award recognizes individuals and organizations that have made significant contributions to our built heritage. Recipients are leaders who have defined our culture, developed our communities, and crafted our built environment. Individually, they have advanced our building arts and sciences. Collectively, their legacy is profound. Previous recipients include Senator Daniel Patrick Moynihan; IBM Corporation; Cindy and Jay Pritzker; U.S. General Services Administration; Perkins + Will / U.S. Department of Energy Solar Decathlon / New Orleans Habitat Musicians Village / Majora Carter; Mrs. Laura Bush and the National Trust for Historic Preservation; and JBG Smith and the National Housing Initiative. See the full list on the Museum’s website.