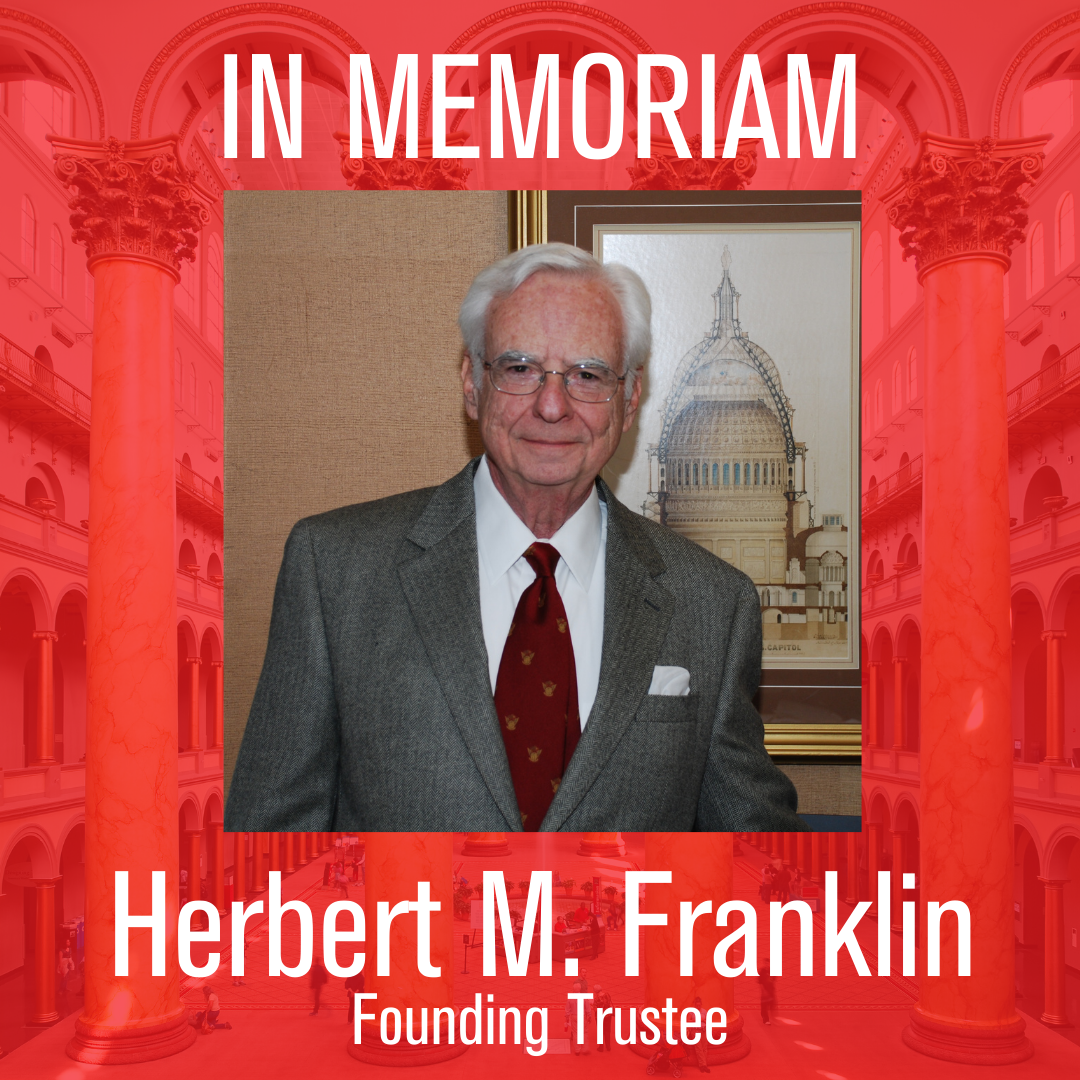 Concerned for the fate of what would become the Museum’s home — the historic Pension Building in Washington DC — Franklin created the Committee for a National Museum of the Building Arts in 1977.  Franklin drafted the legislation that led to the National Building Museum being chartered by an Act of Congress in 1980, and served as the Museum’s general counsel and secretary after opening to the public in 1985.  He continued to serve on its executive committee for 15 years and as chairman of the board in the late 1980s, and was named a lifetime founding trustee in 1990.

Franklin began his legal career in Milwaukee and came to Washington during the Kennedy administration as a lawyer in the Housing & Home Finance Agency. In 1965, he left government service to become director of the Urban Redevelopment Division of ACTION Inc., then transitioned to serve as the first development administrator for Middletown, Connecticut. Franklin returned to Washington in 1968 to help create the National Urban Coalition, where he staffed a national task force on urban revitalization. He resumed his law practice in real estate finance and development with the law firm of Lane & Edson and, later, Kelley Drye & Warren. In 1989, Franklin answered the call to serve as executive officer for George M. White, the Architect of the Capitol.  This role capped off an extraordinary career, combining his lifelong interests in architecture, politics and gardens.  He served as the project director for the design and construction of the Thurgood Marshall Federal Judiciary Building, the renovation of the U.S. Botanic Garden, and the creation of the National Garden.  He remained in the position until his retirement in 2001.

Franklin established, and his legacy lives on, in the Museum’s annual Honor Award program, which recognizes individuals and organizations that have made significant contributions to our built heritage.  We are honored that he created the Herb Franklin Fund for Teen Programs at the National Building Museum to support the Museum’s teen programming in the Washington, DC metropolitan community. We are deeply appreciative that Herb’s widow, Barbara Franklin, continues this incredible legacy with the National Building Museum. Herb Franklin will be greatly missed by everyone associated with the Museum – an institution he worked so passionately to establish, build and serve.