The Architecture and Planning of the Manhattan Project

The Guardian: “Off the map: the secret cities behind the atom bomb”

Watch Secret Cities: The Next 75 Years

In the fall of 1942, less than a year after the United States was drawn into World War II by the Japanese attack on Pearl Harbor, the U.S. Army Corps of Engineers quietly began acquiring vast tracts of land in remote areas of three states. The few residents of these areas were summarily evicted and their houses demolished. Soon, thousands of young workers arrived from far and wide, initially occupying tents and other makeshift shelters within the newly designated military reservations.

As they did so, thousands more residents arrived in a near-continuous stream. By the end of the war, a total of more than 125,000 people lived in the three cities that had been built from scratch on these sites. Yet these cities appeared on no maps, and the federal government did not acknowledge their existence. Unfathomable quantities of supplies were delivered, but very little seemed to come out, adding to the air of mystery surrounding these “Secret Cities.”

That mystery unraveled on August 6, 1945, when the U.S. dropped an atomic bomb on Hiroshima, Japan, and President Harry S. Truman publicly revealed the purpose of the sites now known as Oak Ridge, Tennessee; Los Alamos, New Mexico; and Hanford/Richland, Washington. In roughly two and a half years, the Manhattan Project—so named because it was managed by the Army Corps’s Manhattan Engineer District in New York—had produced a weapon of previously inconceivable destructive force. While the ethics and strategic necessity of the decision to use such a weapon in combat are still fiercely debated, there is no question that this initiative was one of the most significant milestones in the history of scientific research and development.

The Manhattan Project would not have been possible without the extraordinary achievements in architecture, engineering, and planning that yielded three entirely new cities in a remarkably short time. Built in the early years of the modern movement, these cities reflected cutting-edge ideas about town planning, mass housing, civil and mechanical engineering, and modular construction. They became important proving grounds for the large-scale suburban development that would dramatically alter the physical and cultural landscape of the nation in the post-war era. 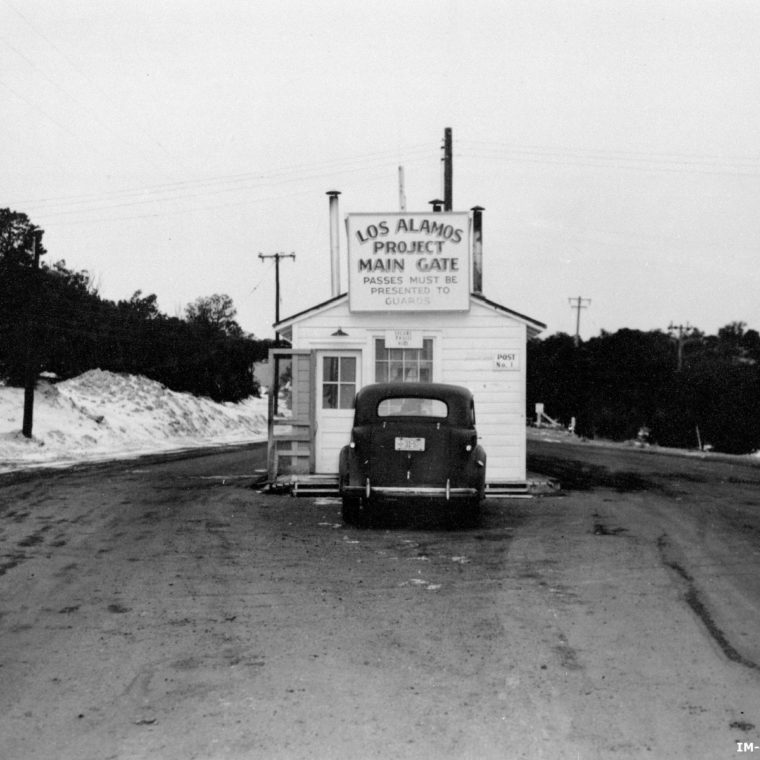 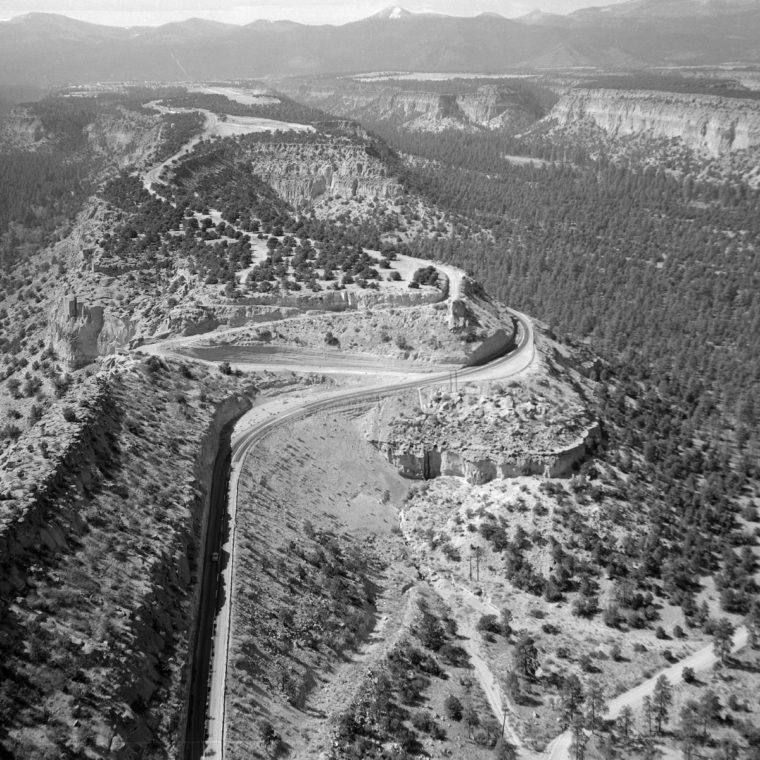 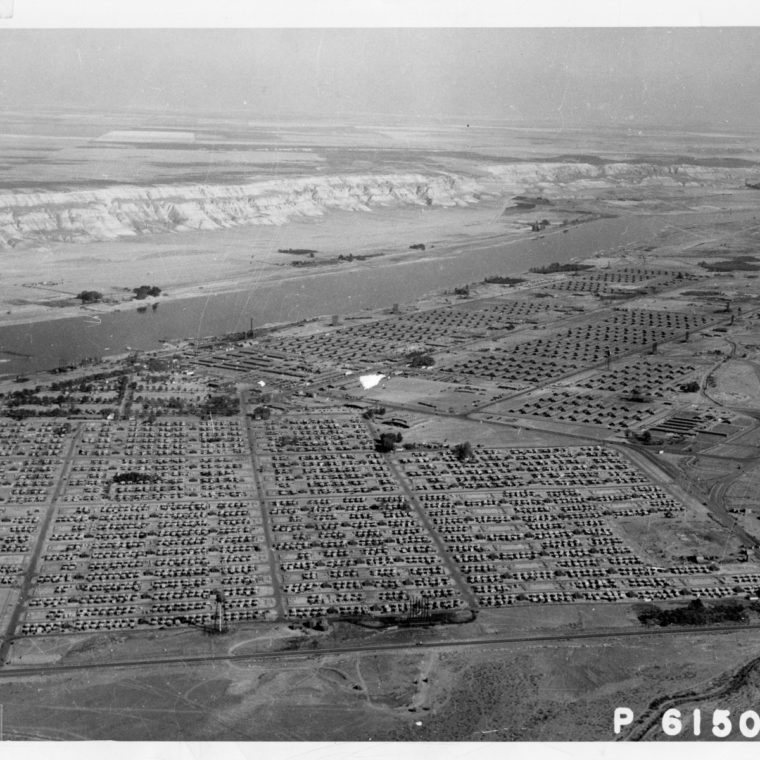 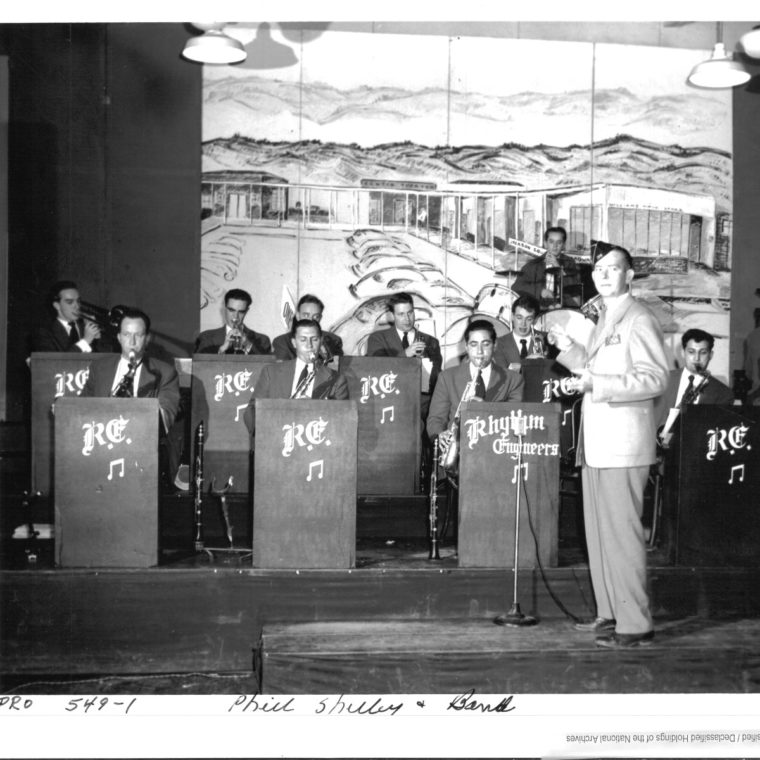 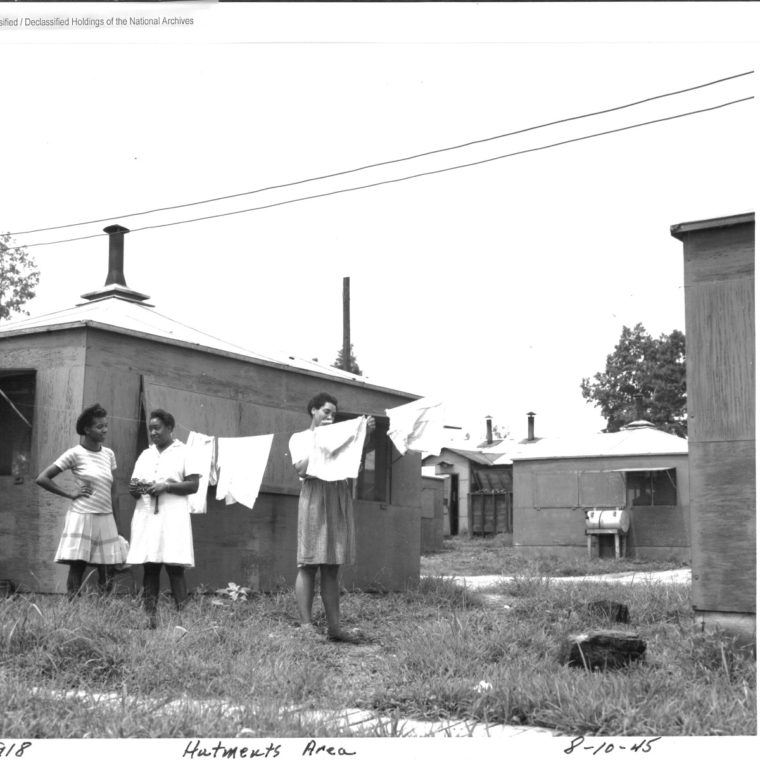 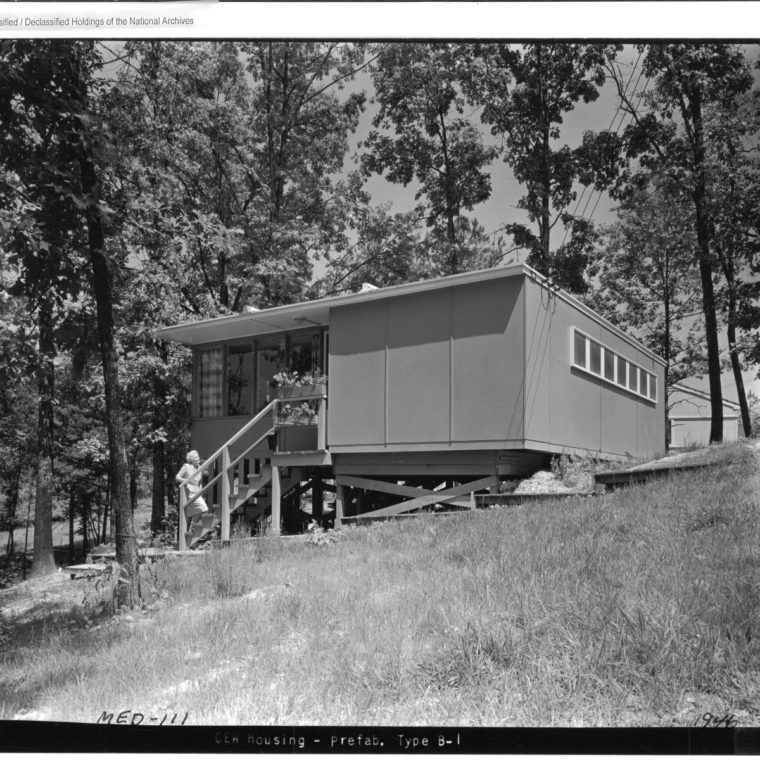 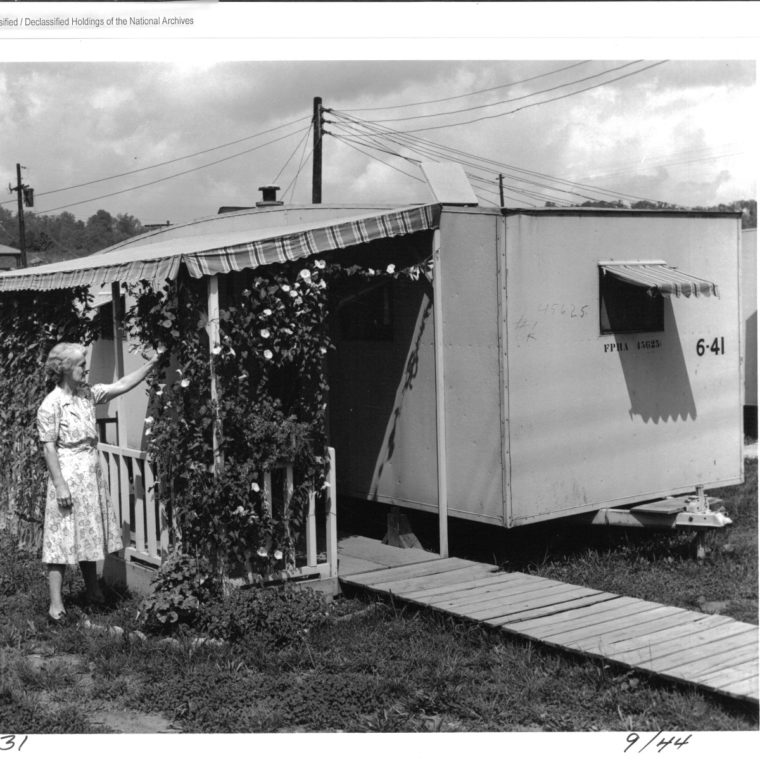 Sophisticated equipment was used to monitor and control the potentially hazardous industrial processes at the K-25 plant and other Manhattan Project facilities. 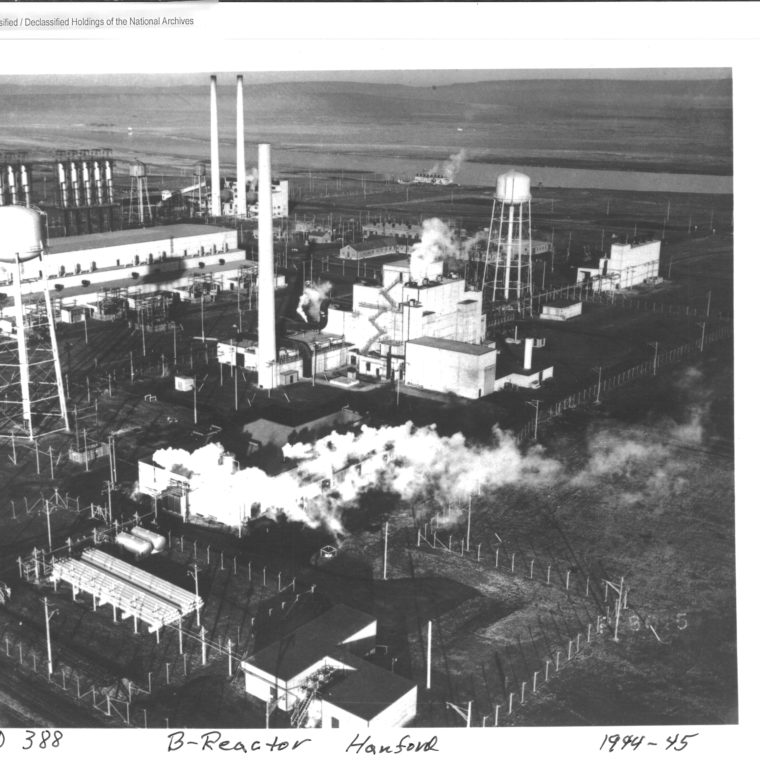 The B Reactor at Hanford was the world’s first large-scale nuclear reactor. It produced plutonium for the device tested at the Trinity site in New Mexico on July 16, 1945, and for the bomb that was dropped on Nagasaki, Japan, on August 9, 1945. The B Reactor was permanently shut down in 1968, and is now being converted into a museum. 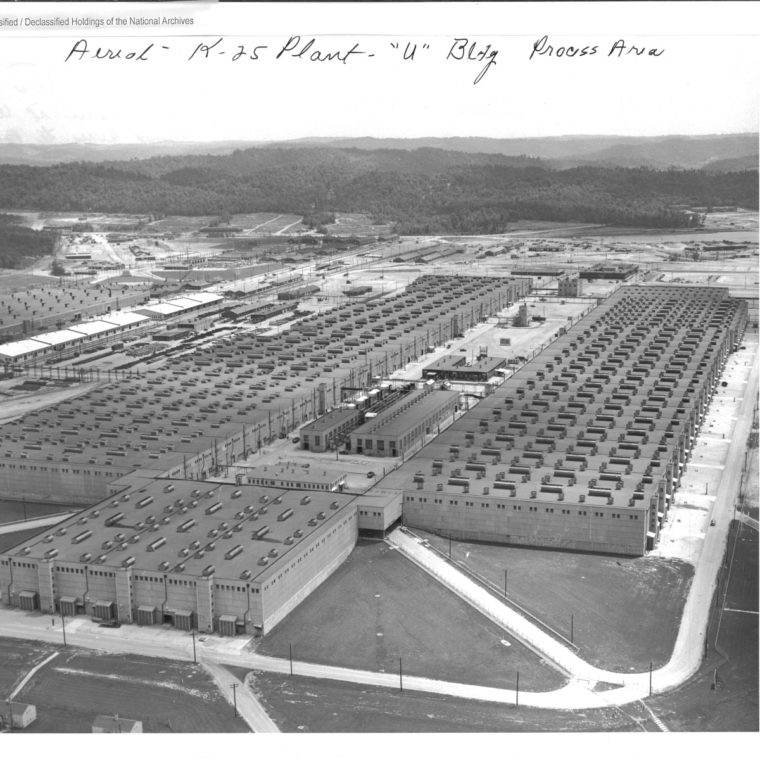 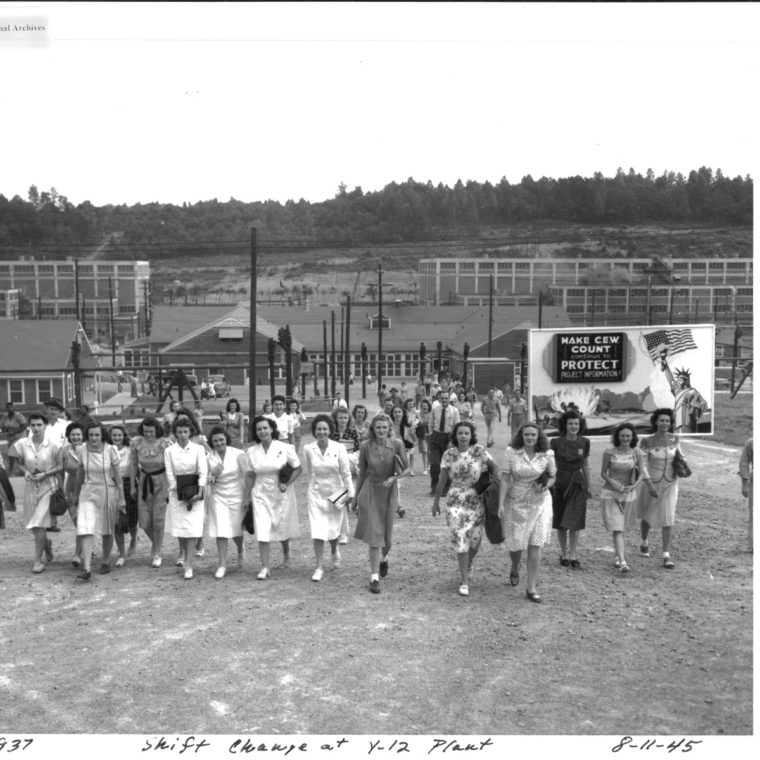 Secret Cities examines the innovative design and construction of Oak Ridge, Hanford, and Los Alamos, tracing their precedents in the Bauhaus and other early modern schools of architectural thought. It looks at daily life within the cities and how it was shaped by their physical form, illuminating the social stratification and segregation that were still evident in these cities despite the high-minded principles underlying their design.

The exhibition addresses each city’s development since the conclusion of the Manhattan Project, and their continuing importance as centers of research and technology, now largely devoted to non-military purposes. 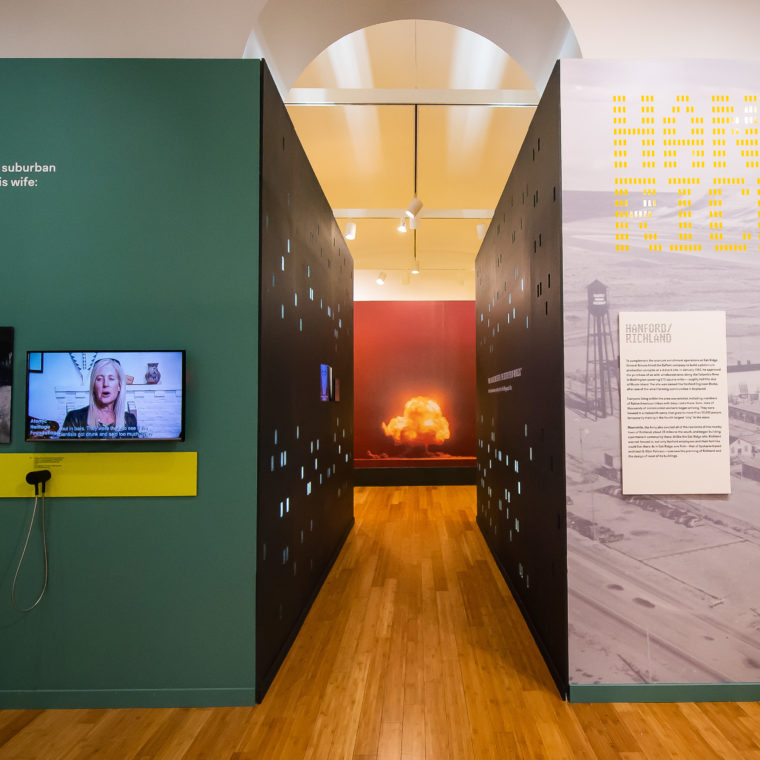 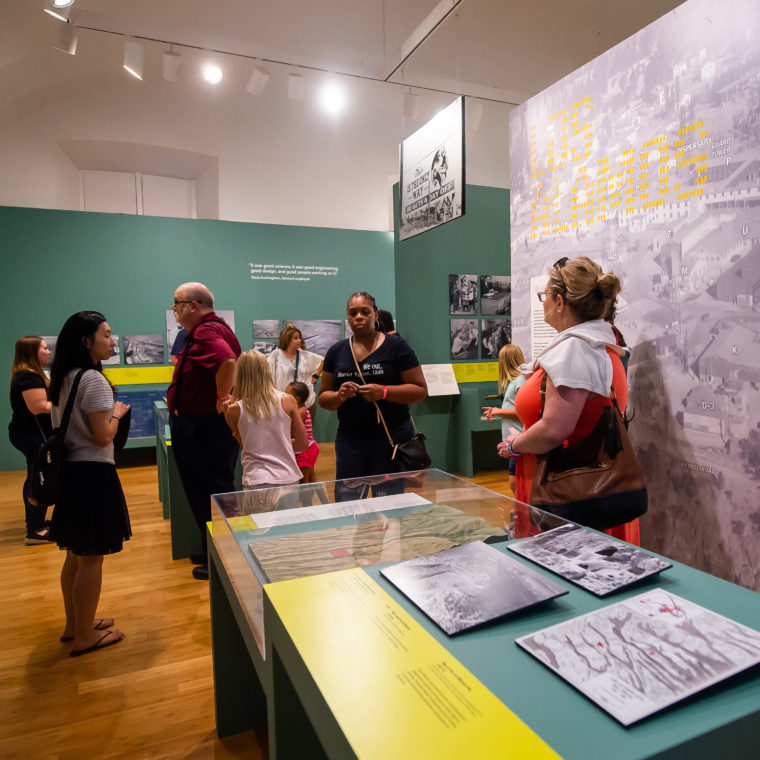 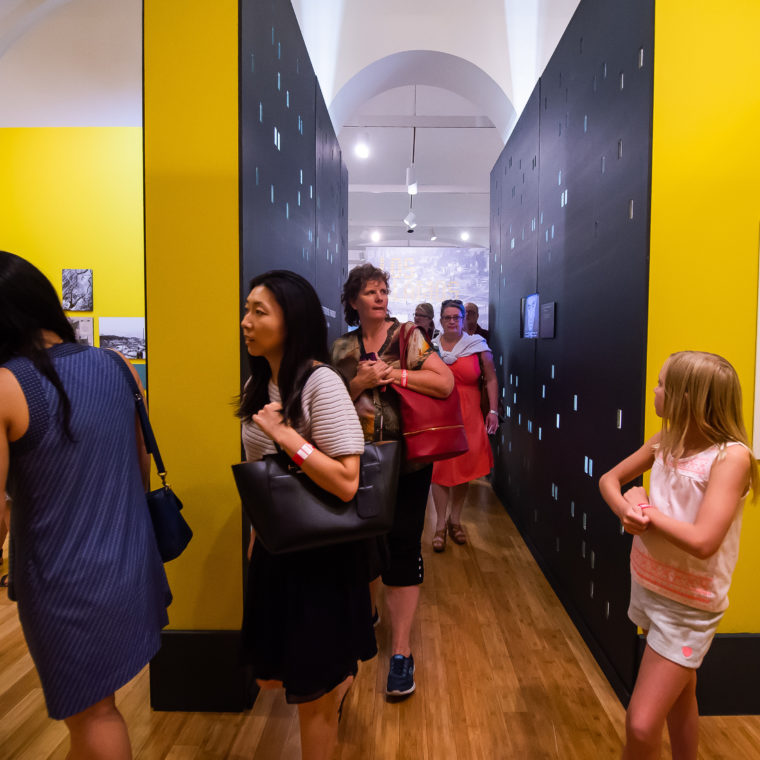 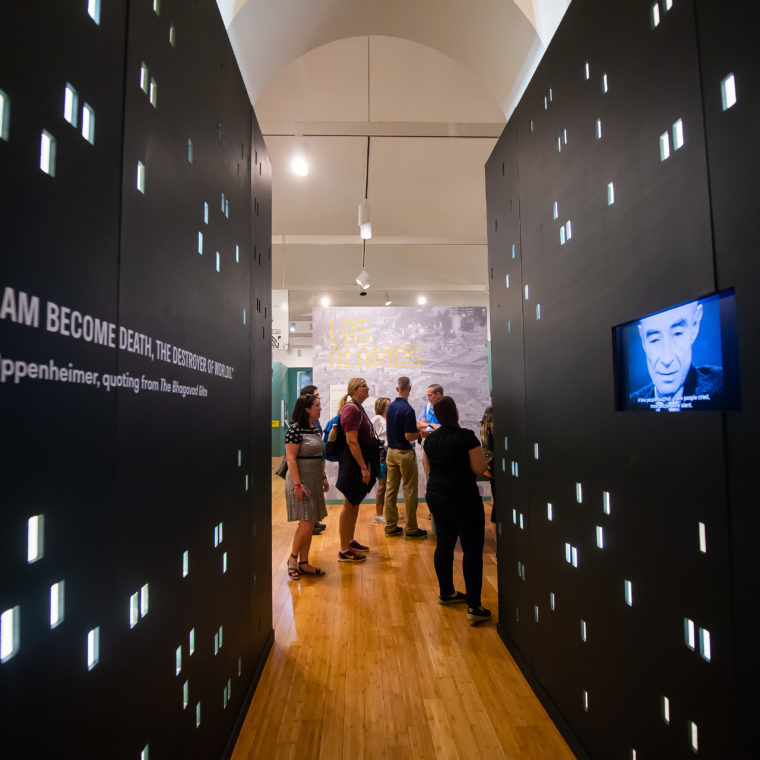 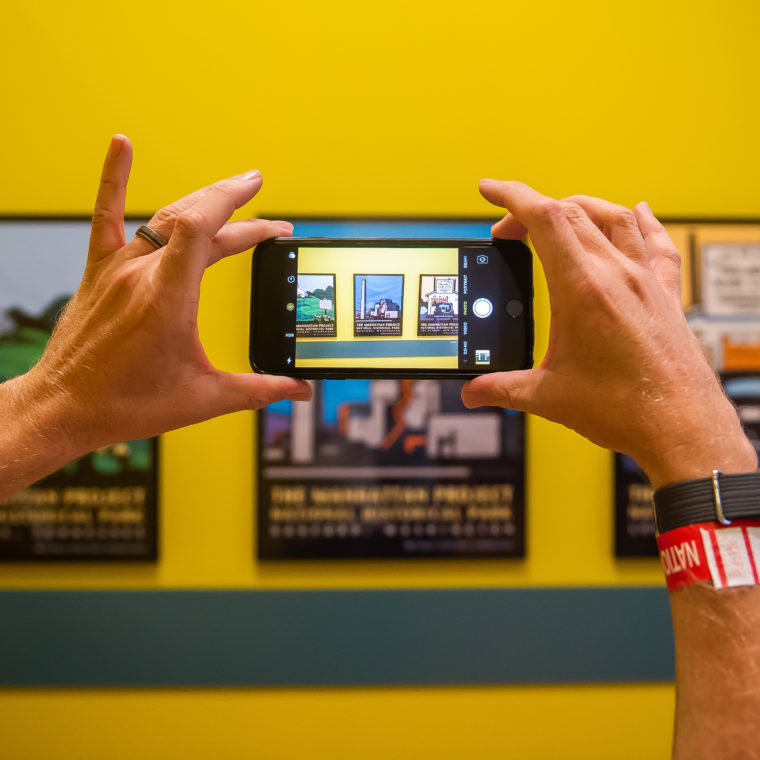 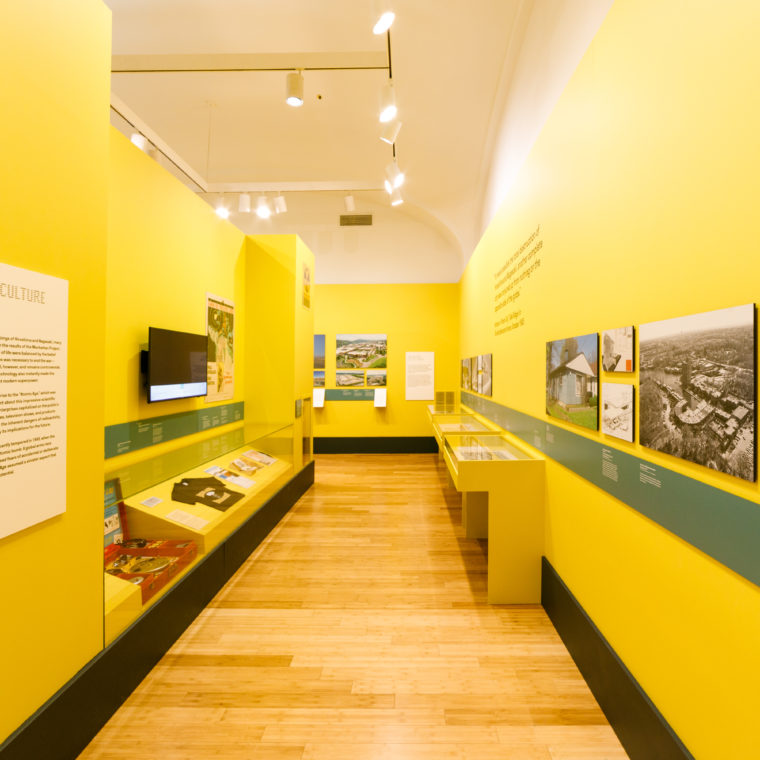 This exhibition is supported in part by an award from the National Endowment for the Arts. We also gratefully acknowledge Nancy Voorhees; Turner Construction Company; Skidmore, Owings, & Merrill and the Skidmore, Owings, & Merrill Foundation; STUDIOS Architecture; Bechtel; the Graham Foundation for Advanced Studies in the Fine Arts; HDR, Inc.; and ORAU for their generous contributions.