“I never photographed the players, finding that the “place” spoke loudly about its users.  I could easily imagine the players, and in some cases I met them. But more often in the stillness of the court—photographed in early morning or late afternoon light—I came to know a great deal about a community, its character, and values.”

HOOPS presents a rich and diverse selection of private and community basketball courts from around the nation and across the globe—from the deserts of Arizona to the hills of Appalachia, and from the streets of the Northeast to the playgrounds of South Africa.

Check out our HOOPS Spotify playlist and suggest a song

“Hoops photos reveal the geography of basketball,” from CityLab

Bamberger has taken nearly 22,000 photographs since the series was launched in 2004, and the 75 large-format prints featured in the exhibition are the largest and first comprehensive overview of the work. Early in the project, Bamberger asked his auto mechanic if he played basketball growing up. “He said yes, and took me to the court he played on as a young boy,” says Bamberger. “It was an abandoned barn with fading red paint and a white wooden backboard. It was hauntingly nostalgic, and I thought if I can find such a beautiful court so close to home I can find one almost anywhere.”

Though the specifications for a basketball court and backboard are relatively straightforward, Bamberger’s photographs show us that the permutations are nearly endless. Whether the hoops are nailed to the side of a barn or constructed from repurposed signage and hubcaps, or the courts are fashioned from earth, brick, alleys, or parking lots, these scenes showcase the sport’s enduring and universal appeal. They also allude to the character, friendships, and community that can be forged through the game. 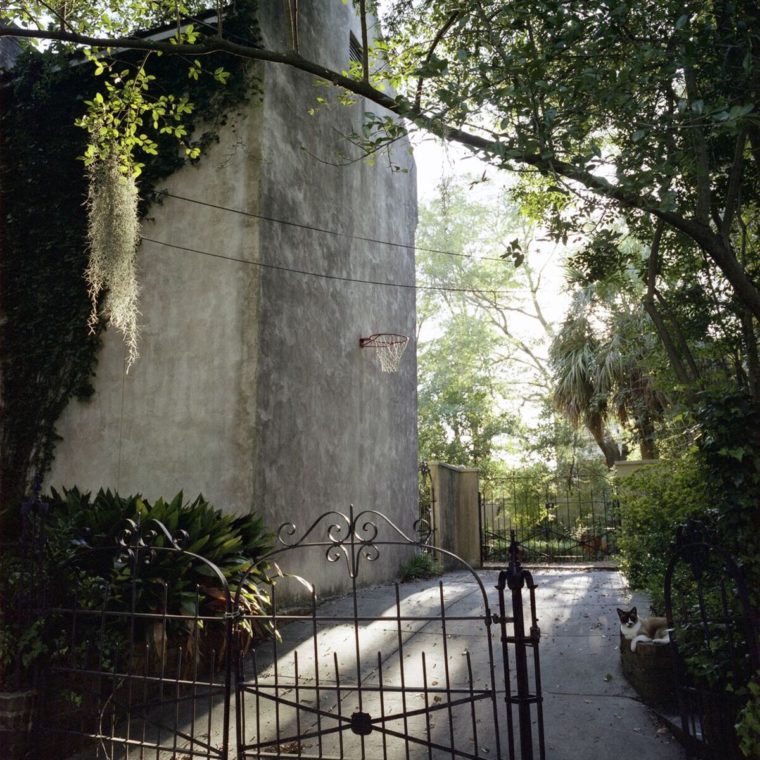 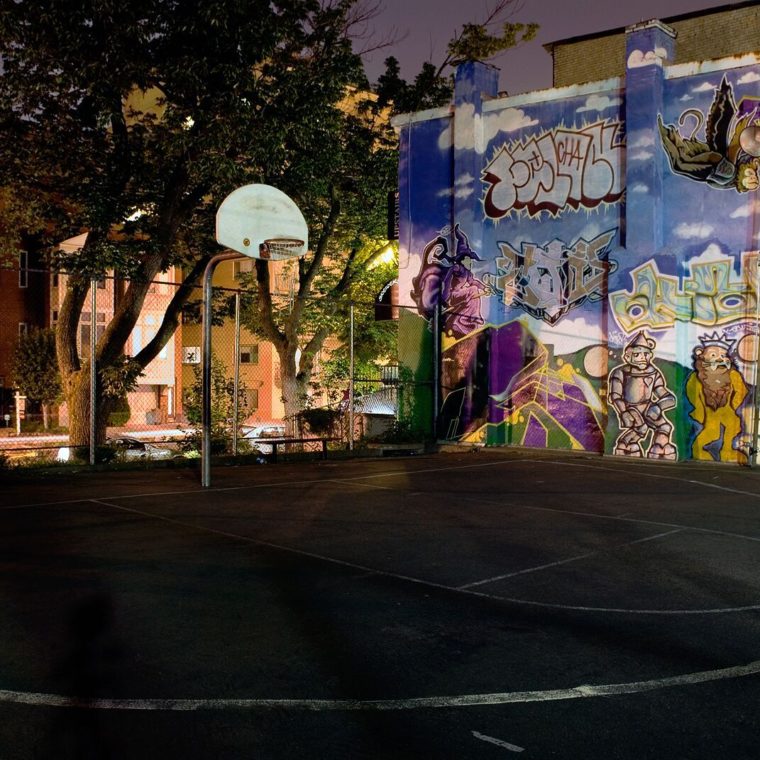 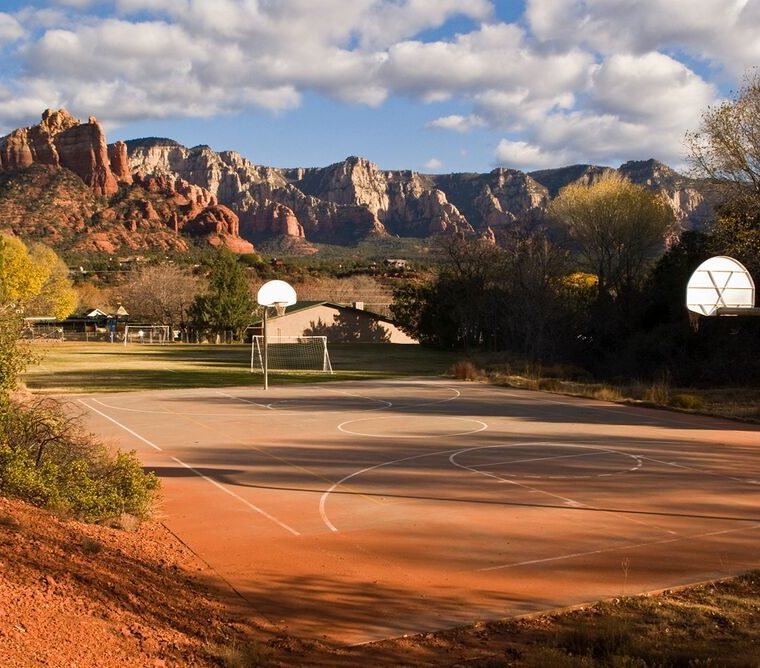 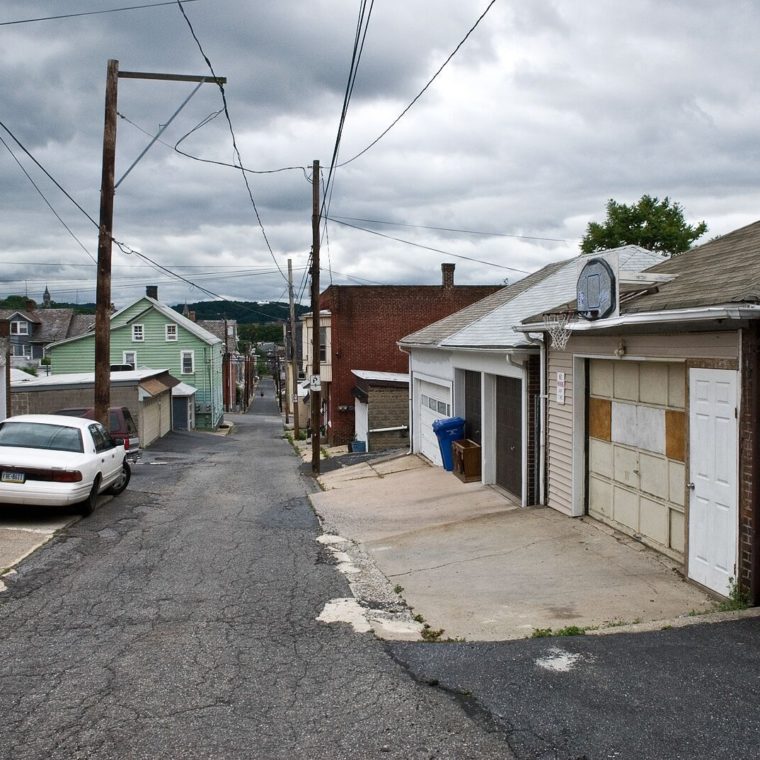 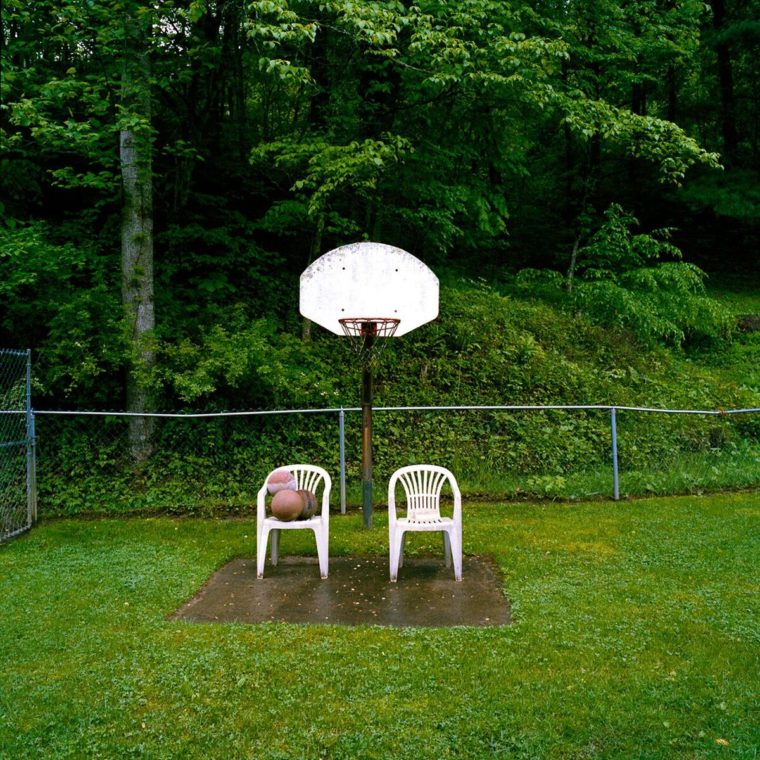 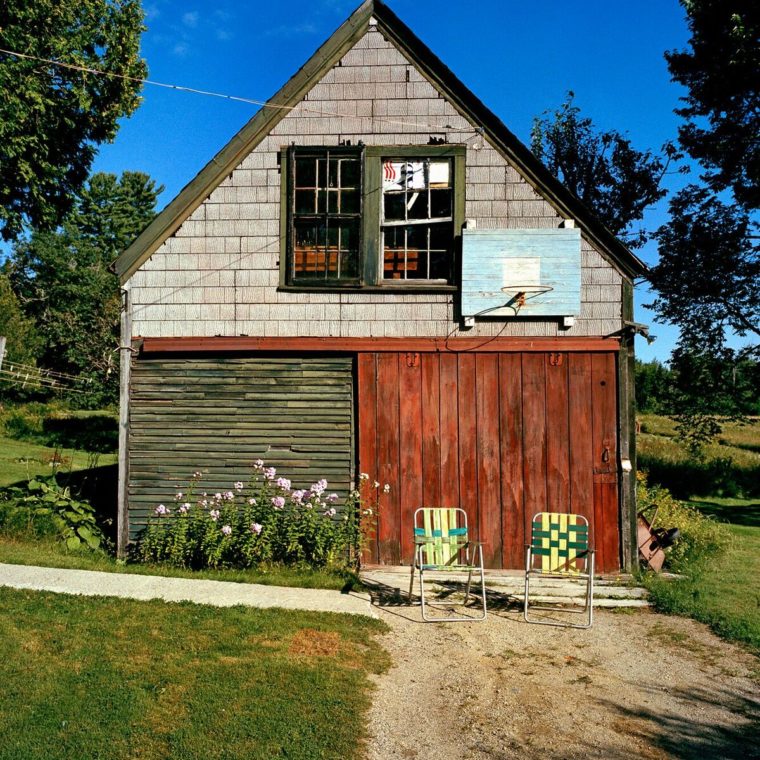 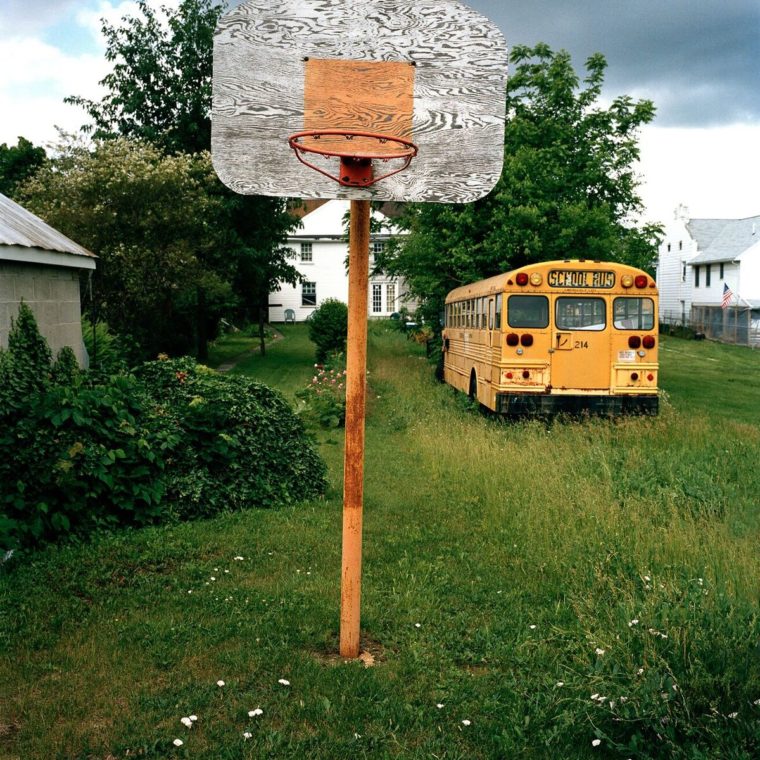 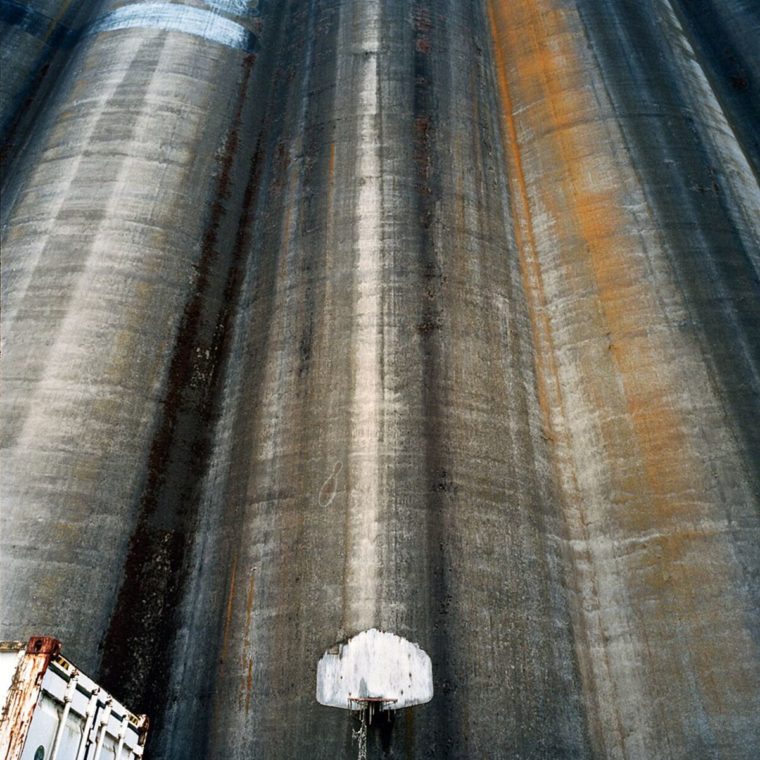 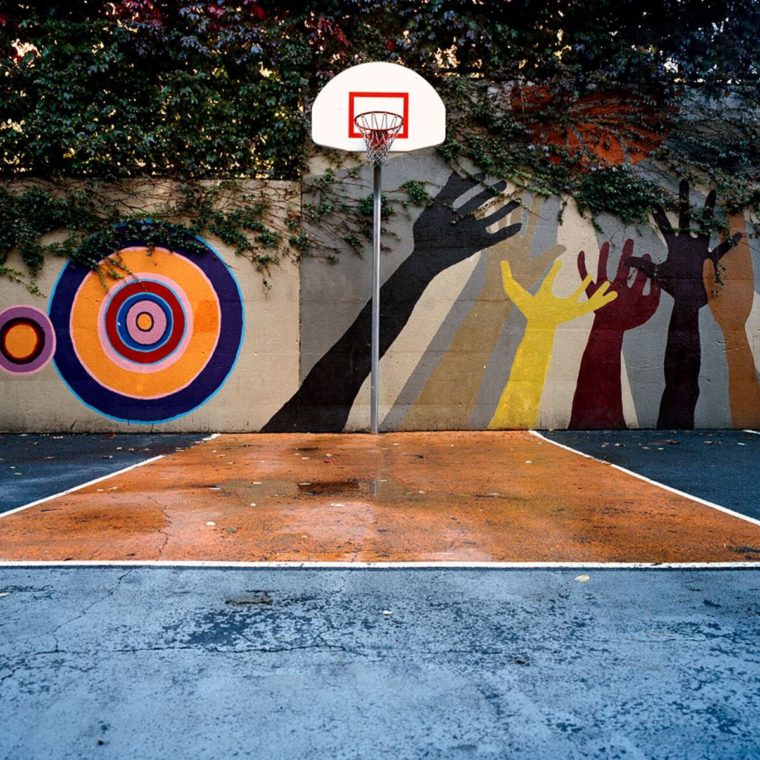 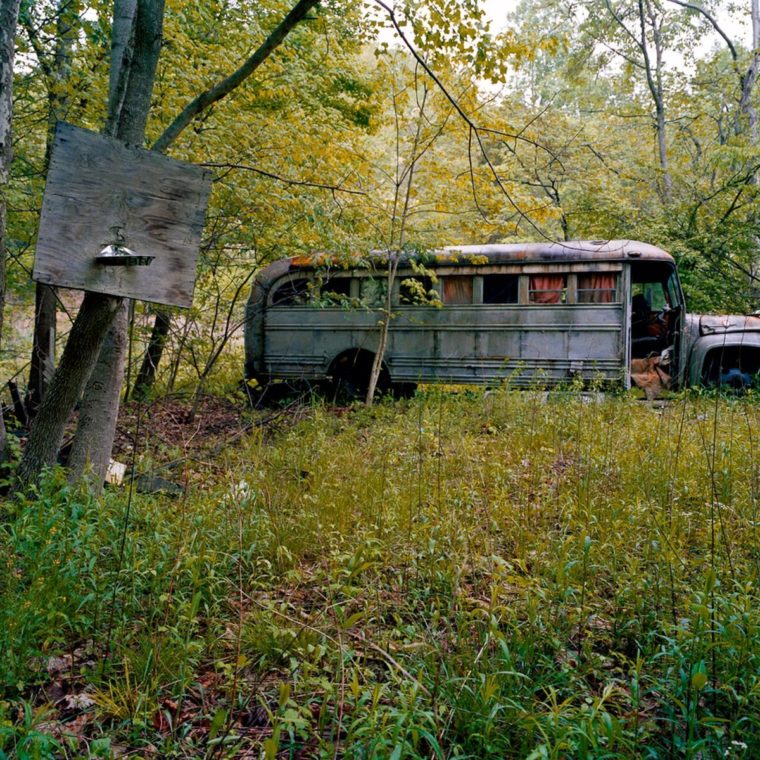 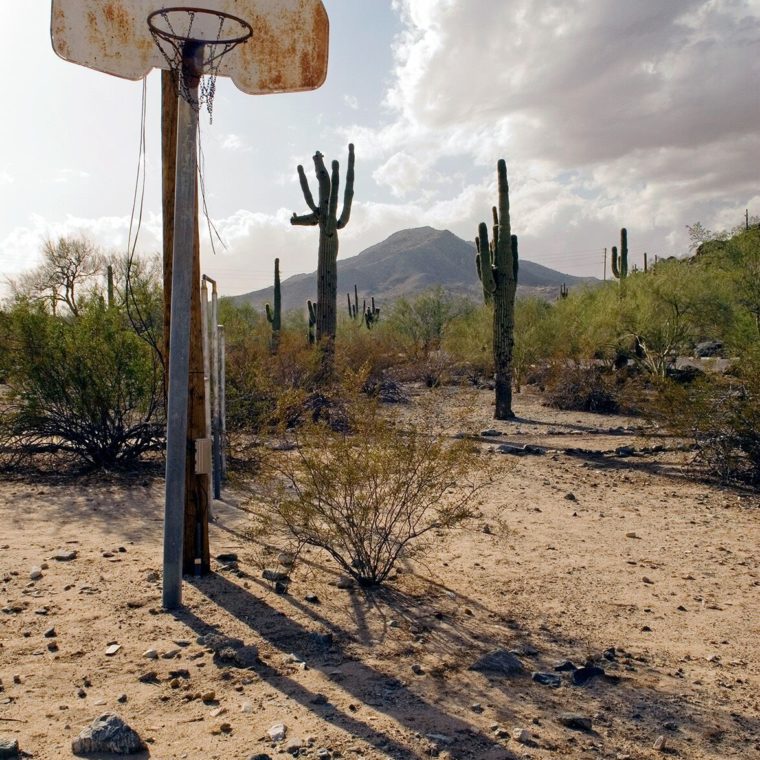 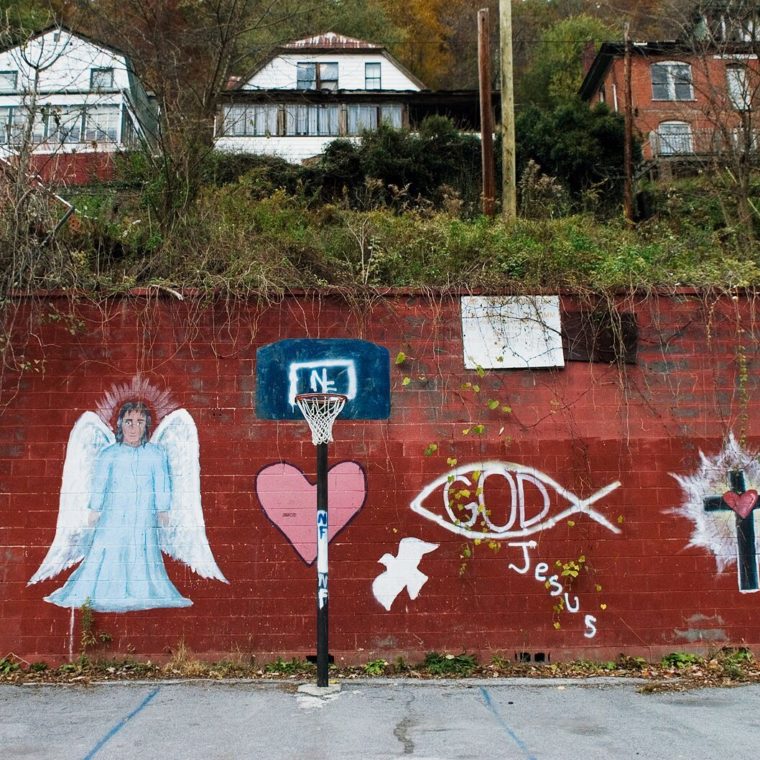 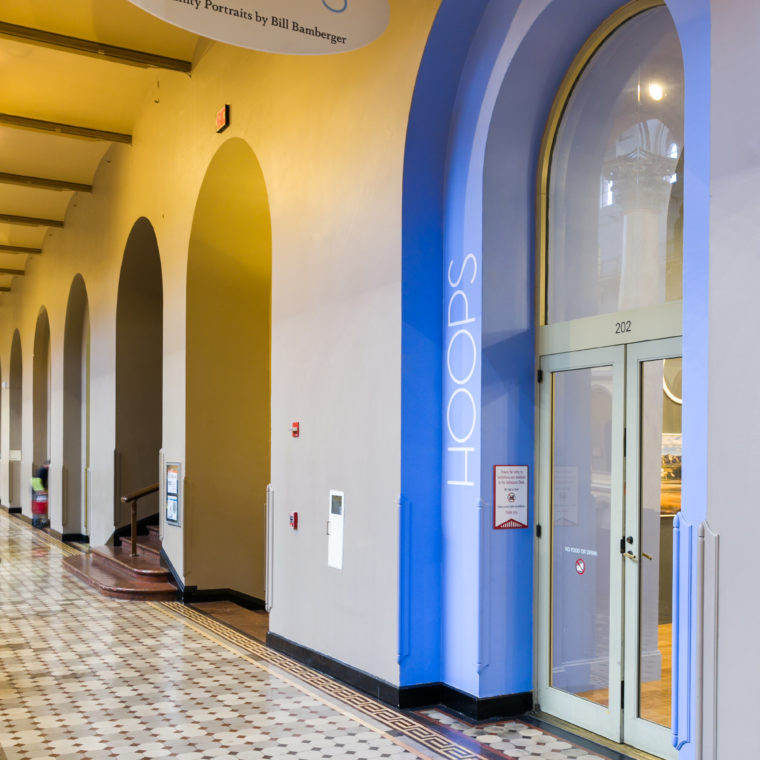 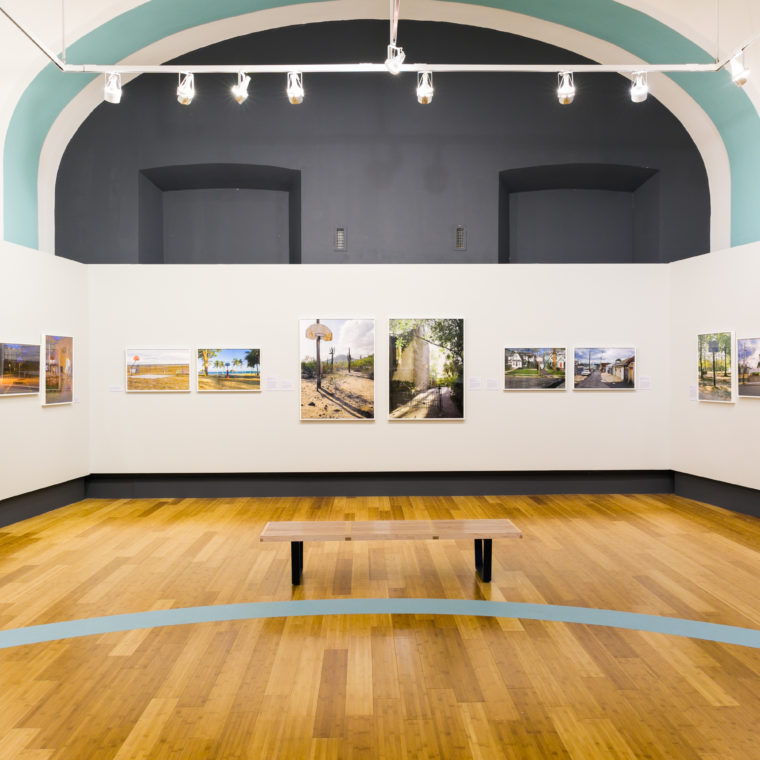 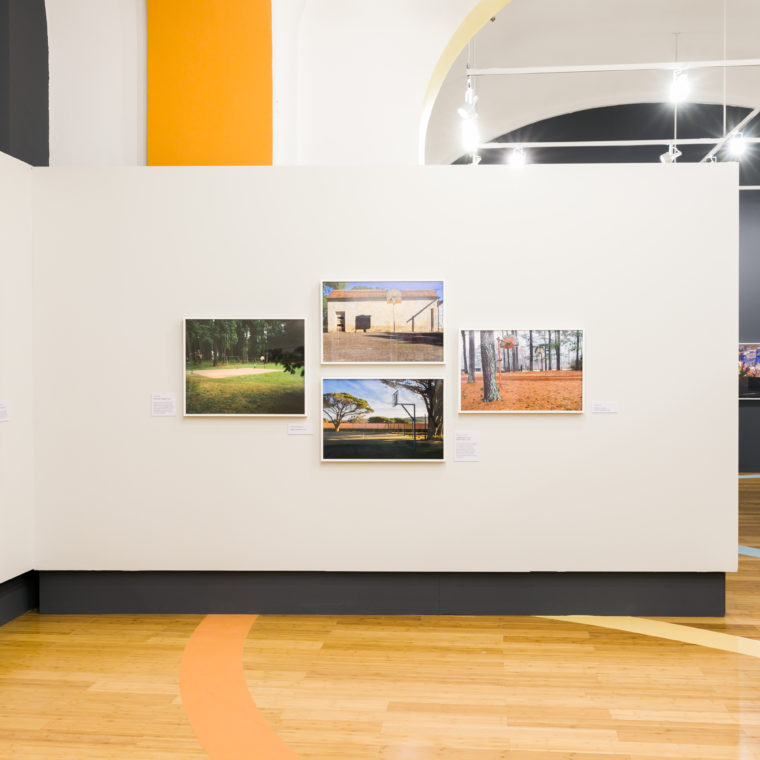 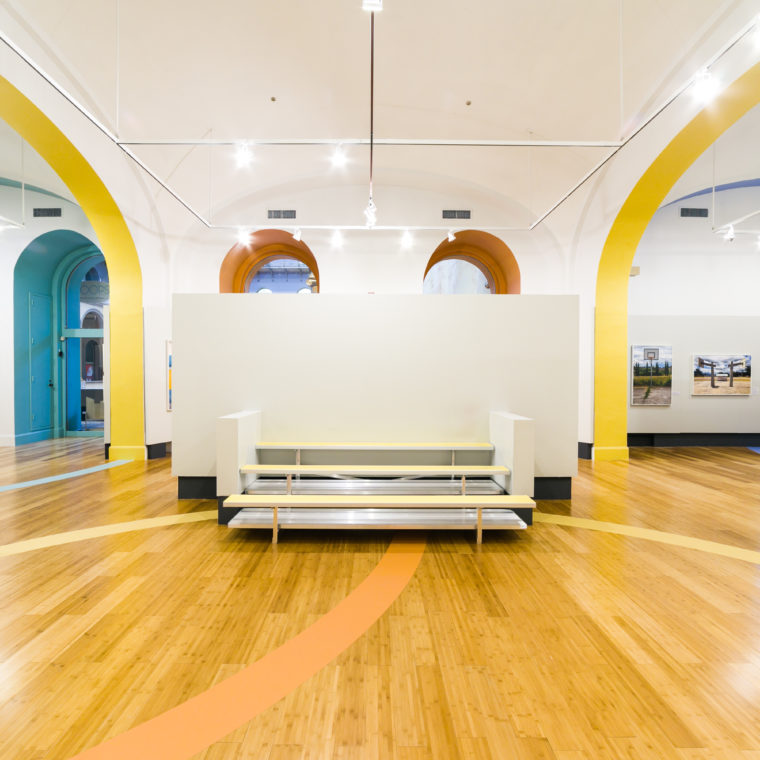 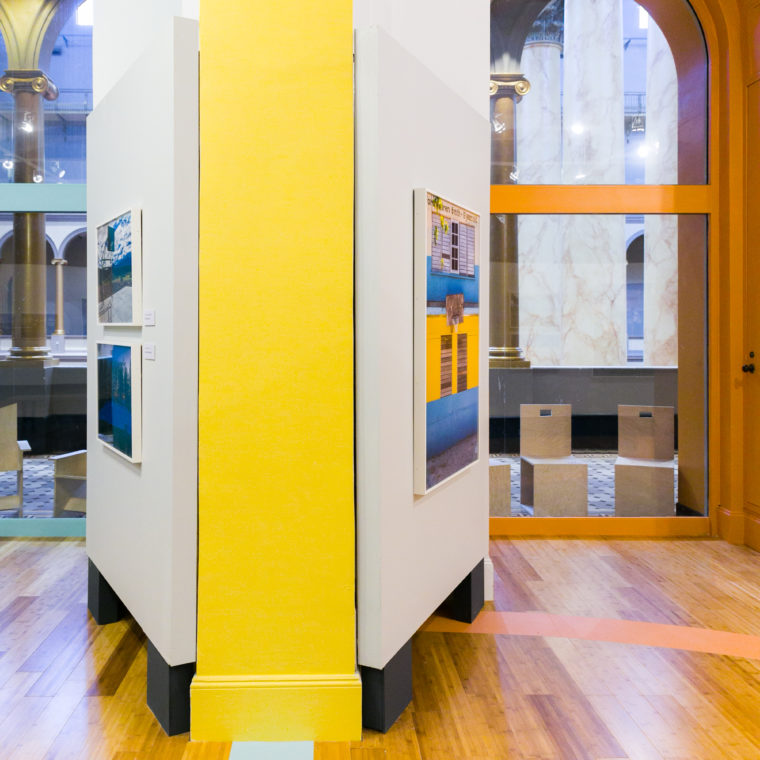 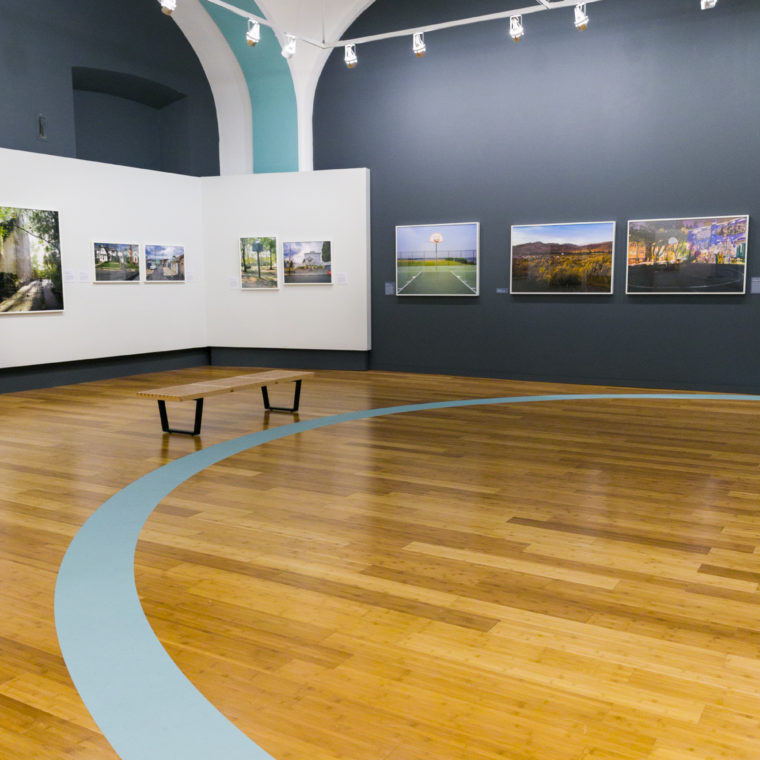