Much of this 300-plus acre National Historic Landmark, a sprawling campus of 19th- and 20th-century structures, will soon undergo massive transformation. Recent efforts to redevelop the St. Elizabeths site have created new opportunities to access and understand its rich architectural legacy, as well as its potential to revitalize one of the city’s most underserved wards.

In concert with these changes, the National Building Museum presents an exhibition that explores the architecture and landscape architecture of St. Elizabeths. The Government Hospital for the Insane, as the campus was originally named, opened in 1855 as a federally operated facility. The multidisciplinary exhibition tells the story of St. Elizabeths’ change over time, reflecting evolving theories of how to care for the mentally ill, as well as the later reconfiguration of the campus as a federal workplace and mixed-use urban development.

An important collection of architectural drawings held by the Library of Congress anchor the exhibition. These archival materials comprise plans and elevations spanning the period from the 1850s through the 1980s. Drawings include Thomas U. Walter’s plans for the institution’s first structure, the 1855 Center Building, as well as plans for later residential “cottages,” farm structures, and an auditorium. A spectacular 1904 model created for the St. Louis World’s Fair is a dramatic centerpiece for the exhibition.

Supplementing drawings and models are a wide variety of objects, from medical instruments to patient-created art, introducing visitors to the people who lived and worked at the institution. Photographs, scrapbooks, furnishings, and paintings appear on loan from various museums and archives. Architecture of an Asylum present a remarkable story about American healthcare, architectural history, and promising adaptive reuse. Under the General Services Administration’s control since 2004, the historic site—much of it vacant and deserted for decades—is now undergoing massive change. Visitors, always curious about the troubled history of mental health care, and interested in expansive plans for urban renewal, will be fascinated by the surprising story of this hospital and its urban campus.

This teacher guide includes historical information and activities that focus on understanding the connection between a space’s design and how people use and interact in it. Students analyze primary sources like historical photographs, maps, and architectural drawings to research the theory of moral treatment and architecture to treat mental illness at St. Elizabeths.

This teaching guide was generously supported by the General Services Administration. 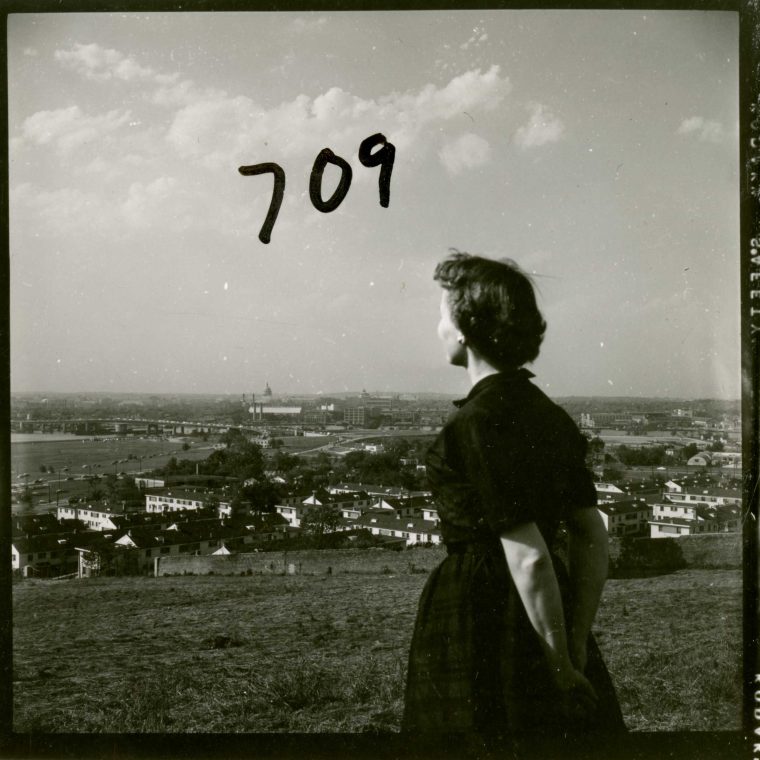 View of Washington, D.C. from St. Elizabeths. Photograph, 1955. A distant view of the urban landscape maintained separation between the hospital and the bustle and stress of the city. Courtesy U.S. National Library of Medicine. 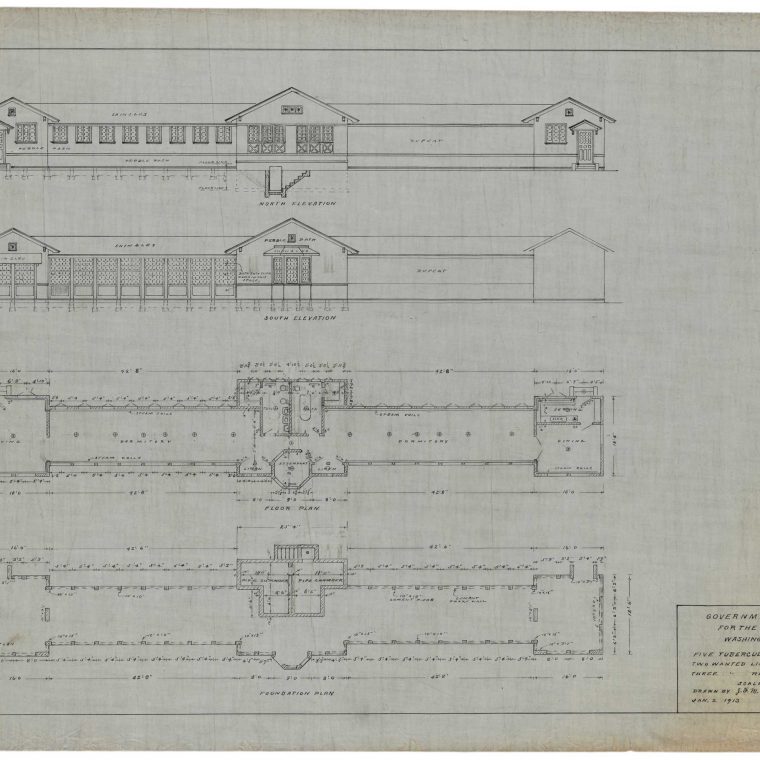 The five tuberculosis cottages at St. Elizabeths provided patients with fresh air and sunlight, both thought to be curatives for the disease. Courtesy Library of Congress, c. 1913 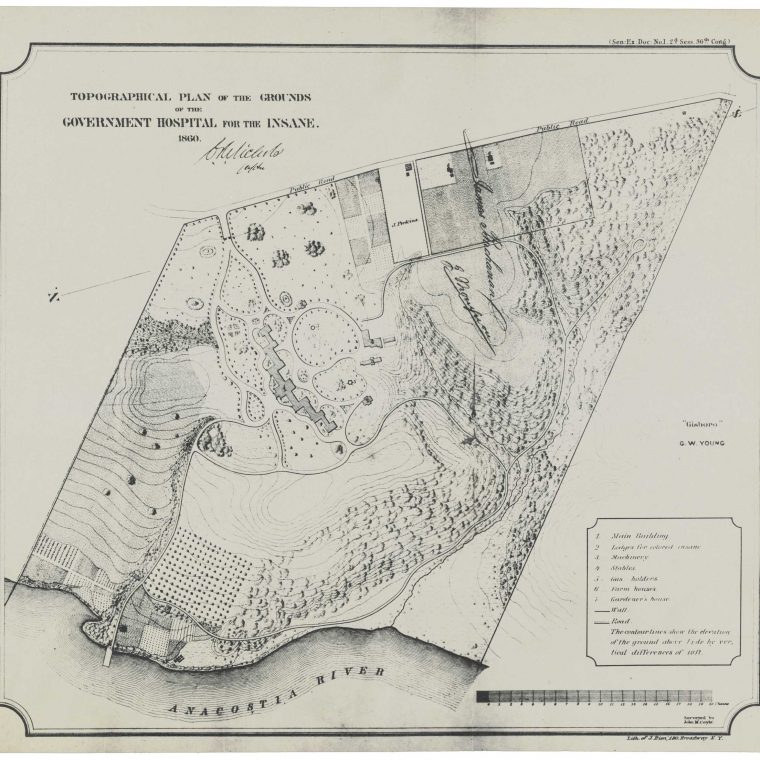 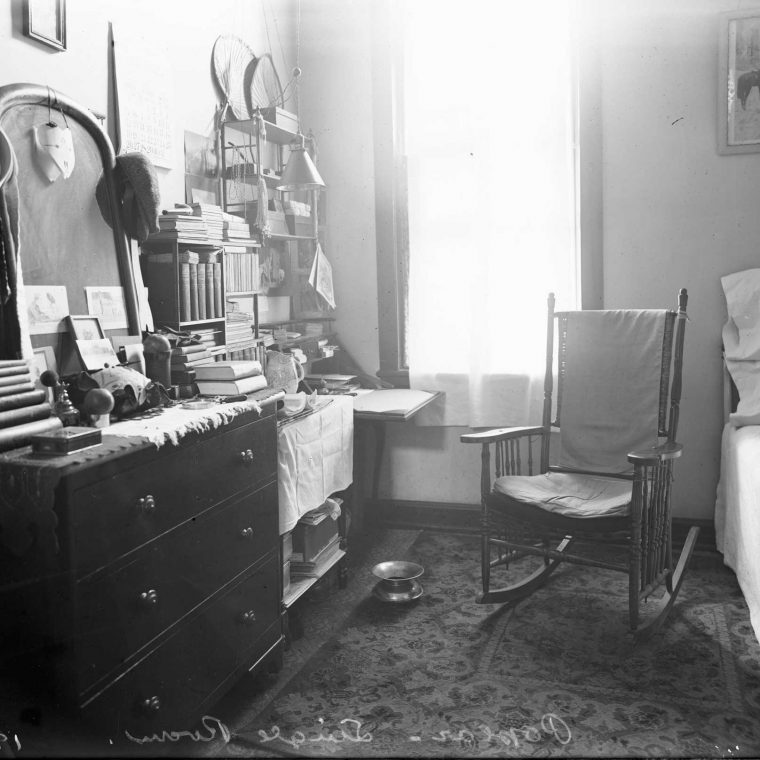 Patient Room, Poplar Ward, the Center Building. Photograph, 1905. Decoration in the Center Building rooms varied widely in the 19th century depending on the severity and type of illness, as well as a patient’s wealth. Courtesy National Archives and Records Administration. 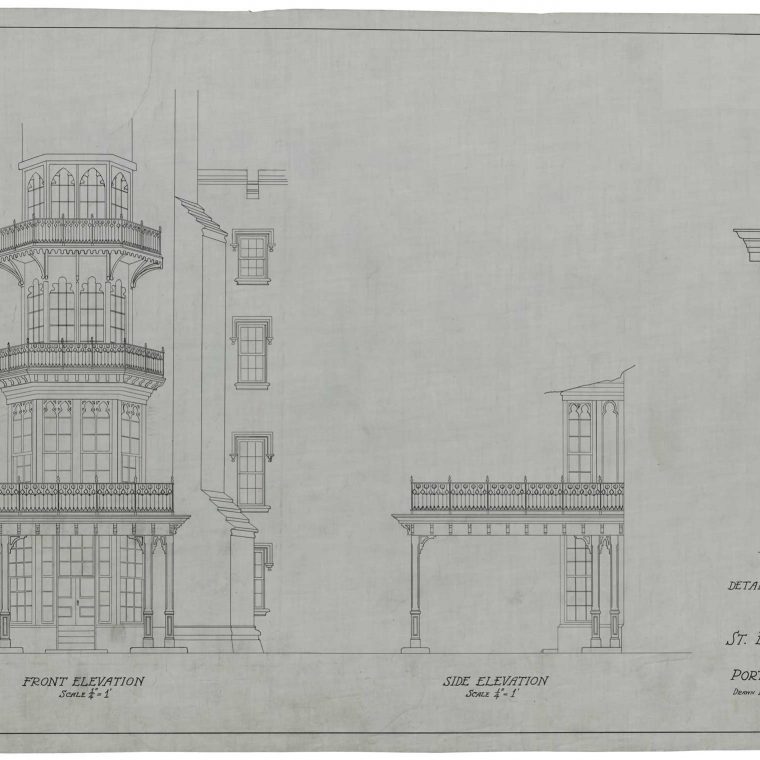 A Victorian porte-cochère—a protective and decorative canopy for visitors to the Center Building—was demolished and rebuilt several times during the history of St. Elizabeths. Courtesy Library of Congress, 1938 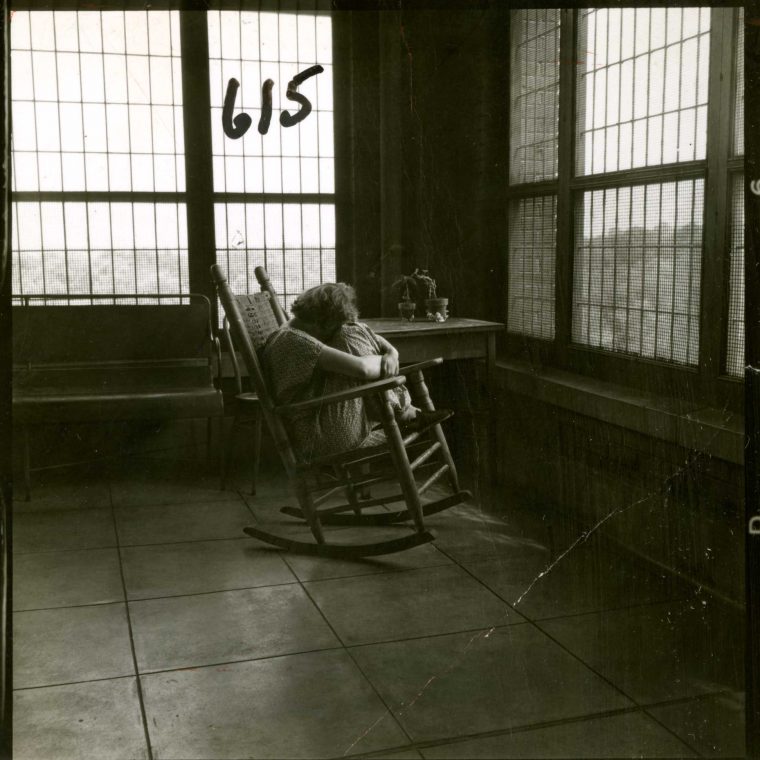 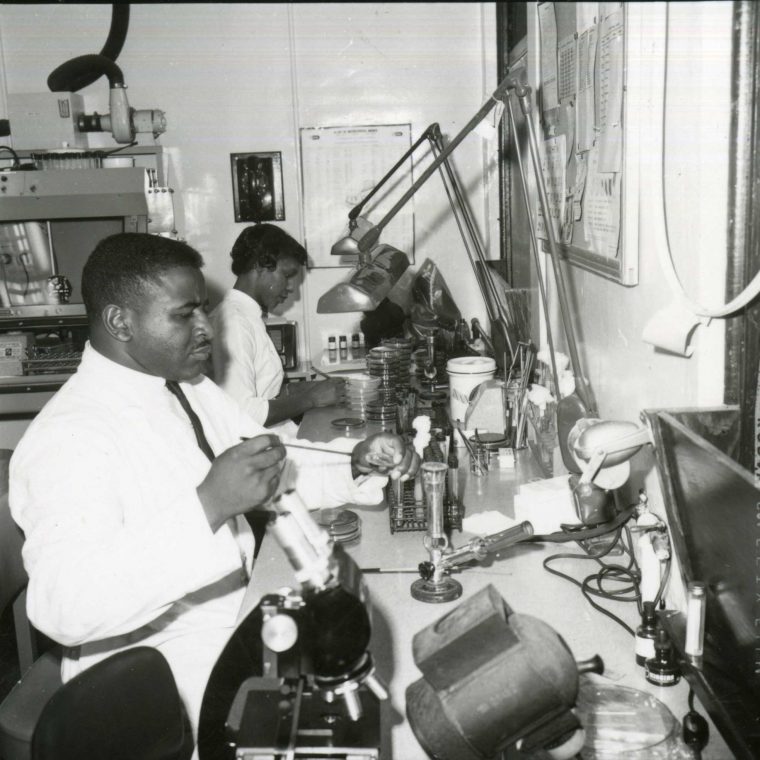 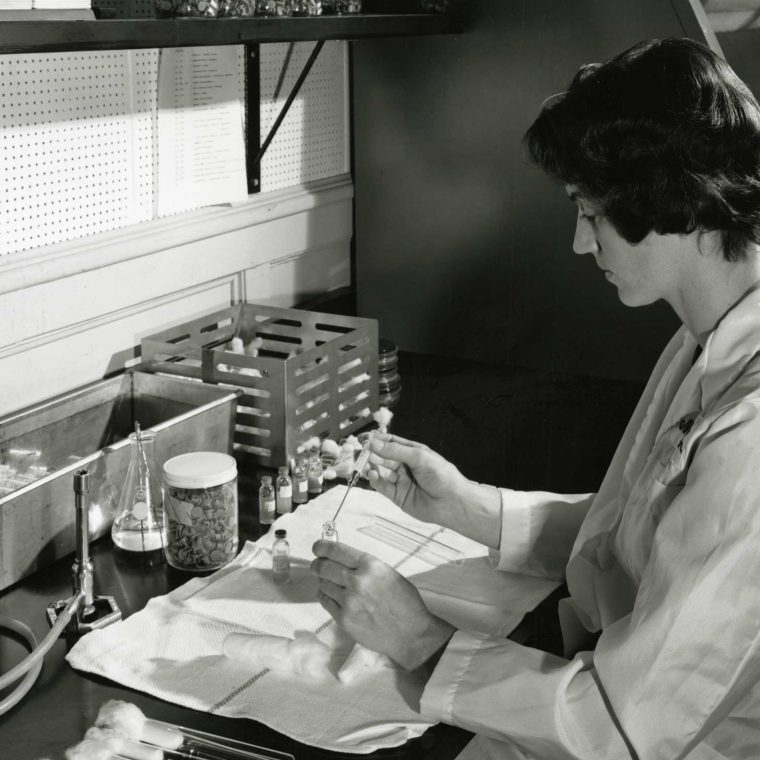 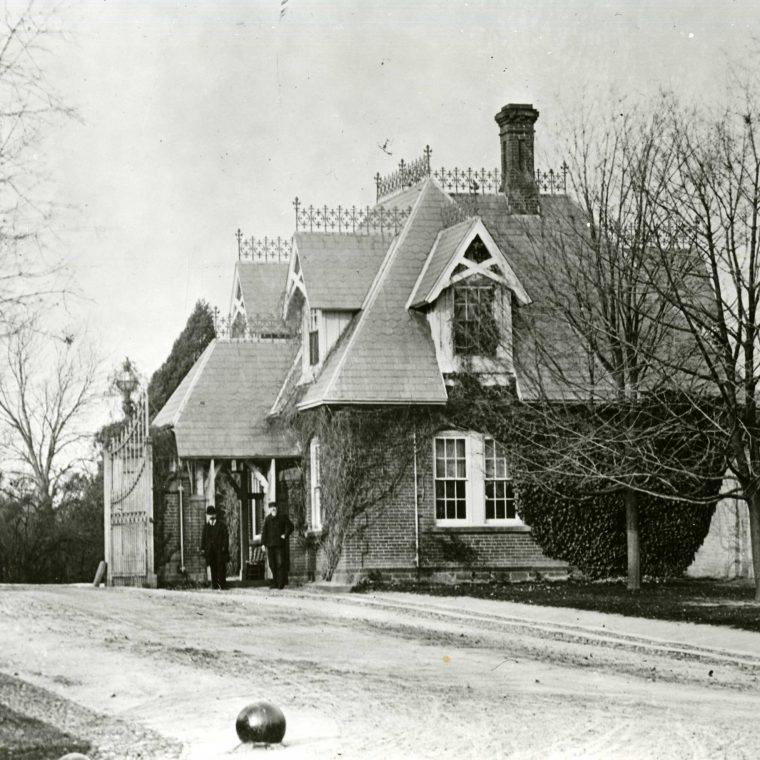 Gatehouse. Photograph, 1874. The gatehouse to the West Campus provided security for the hospital through a formal entrance procedure for visitors. Over time, some patients had visiting privileges to leave the campus, and neighborhood residents could attend entertainment functions. Courtesy National Archives and Records Administration. 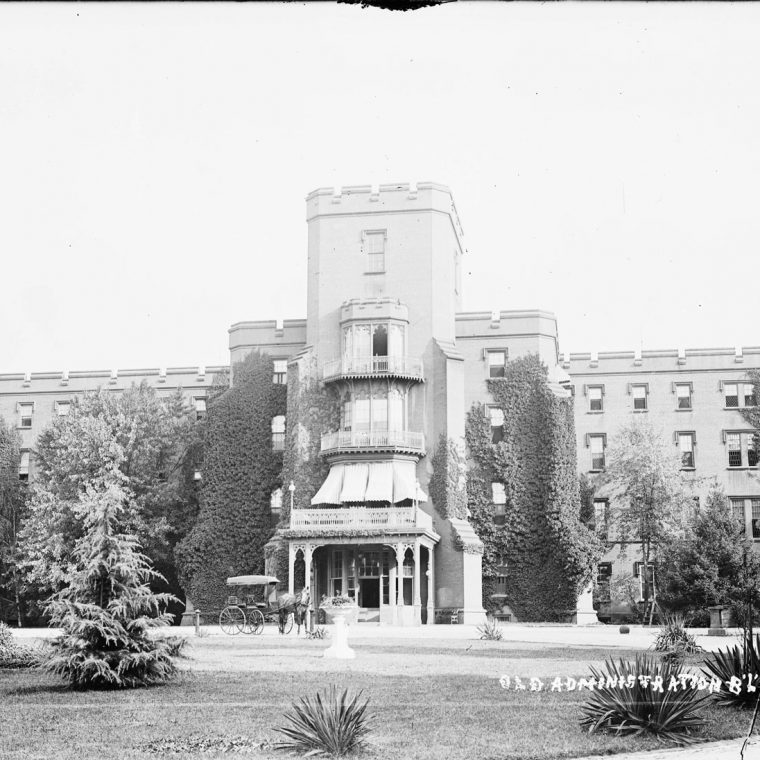 The Center Building at St. Elizabeths housed both offices for hospital administrators and wards for patients. Courtesy of the National Archives and Records Administration, 1900. 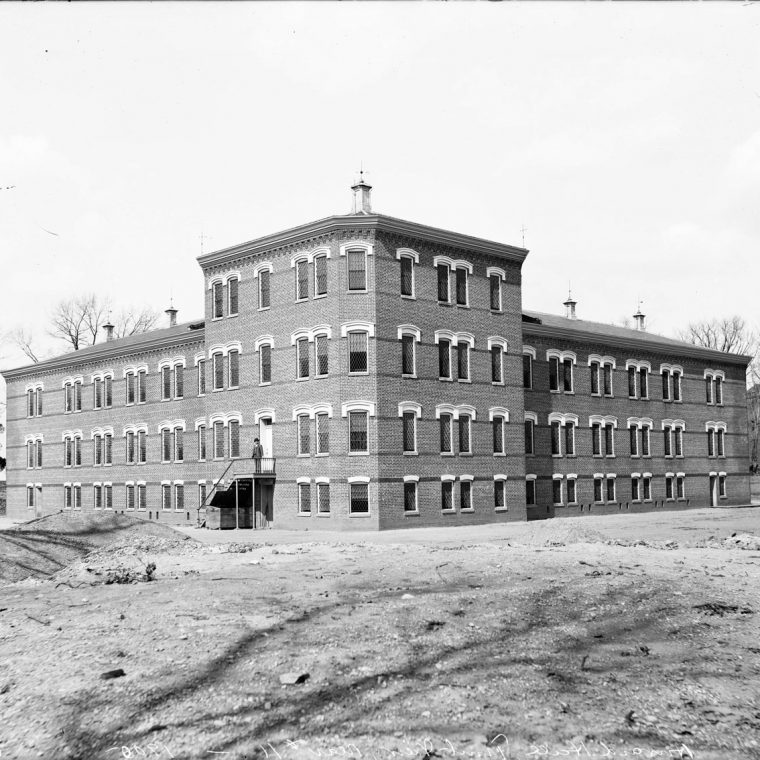 Howard Hall. Photograph, c. 1890s. The original structure of Howard Hall was completed in 1891. In addition to its primary function, Howard Hall was used for many years as a triage area for African American men coming into the hospital, whether or not they were convicts. Courtesy National Archives and Records Administration. 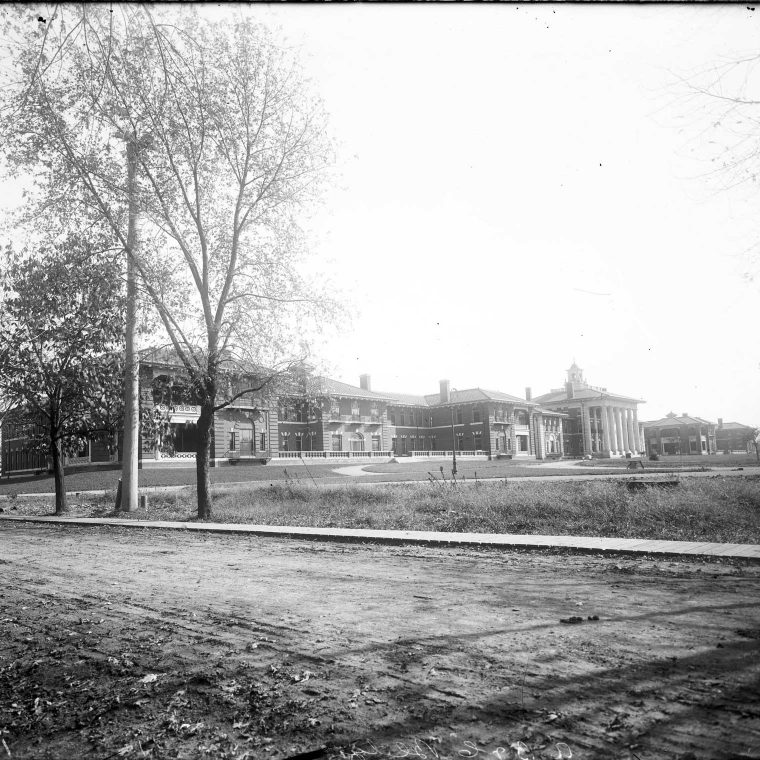 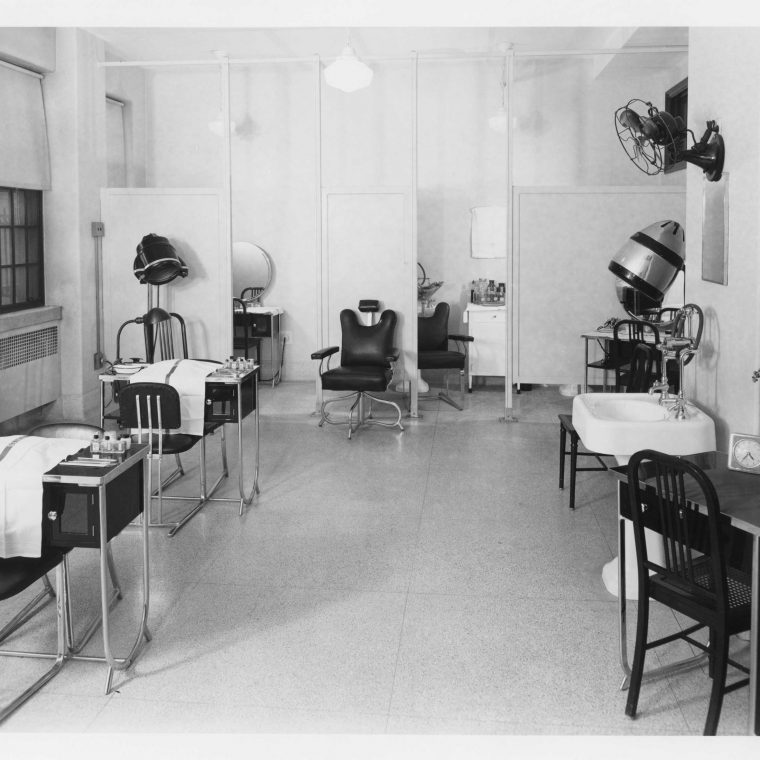 Beauty Shop. Photograph, 1955. A beauty shop was established in Toner Building, a white women’s infirmary, in 1927, staffed by nurses who had beauty school training or experience. Courtesy U.S. National Library of Medicine. 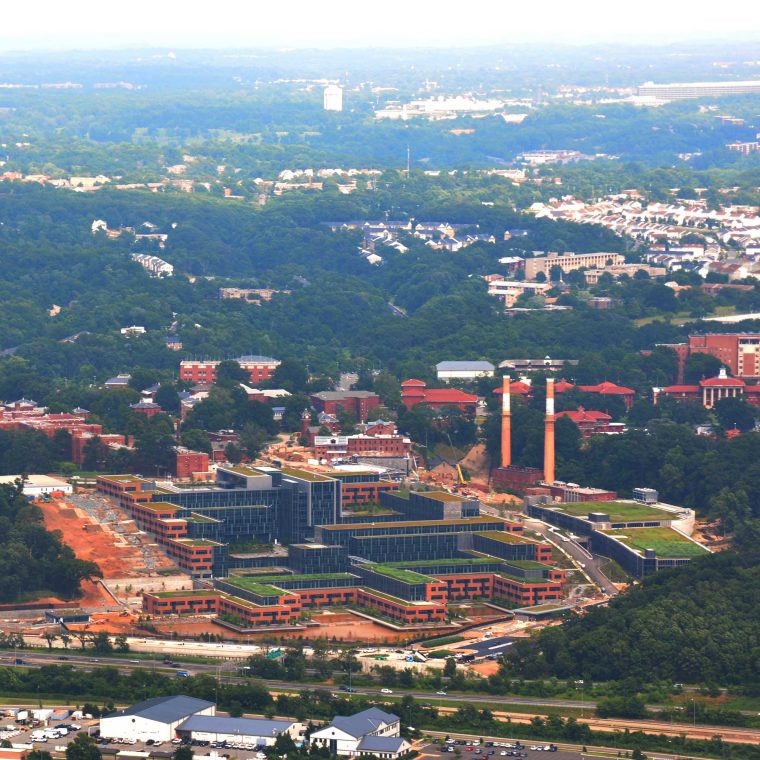 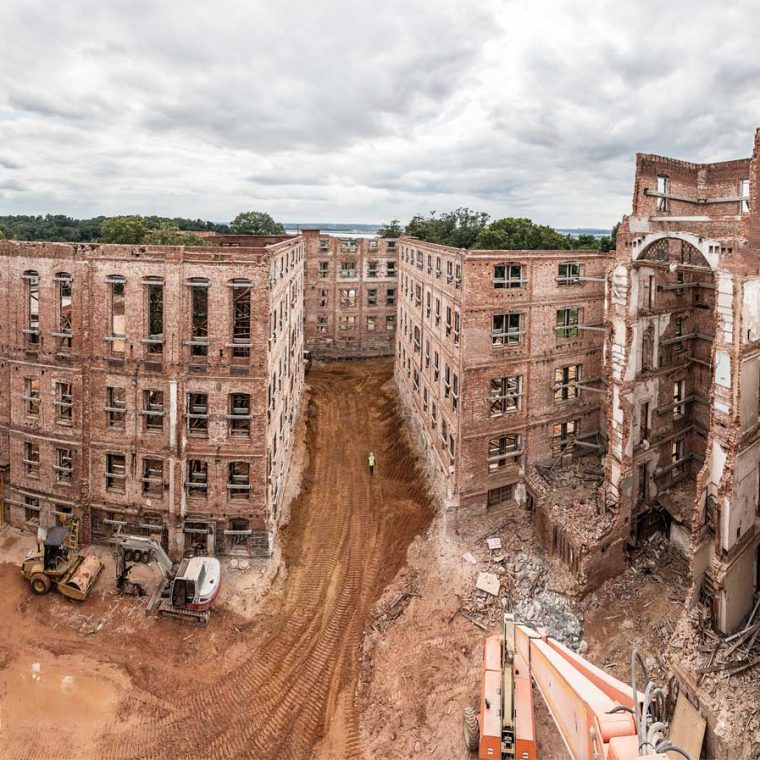 The Center Building. Photograph, 2016. Plans to retain as much of the interior of the Center Building as possible were hampered by the discovery of original building materials and a structural system that were in far worse condition than expected. © Colin Winterbottom 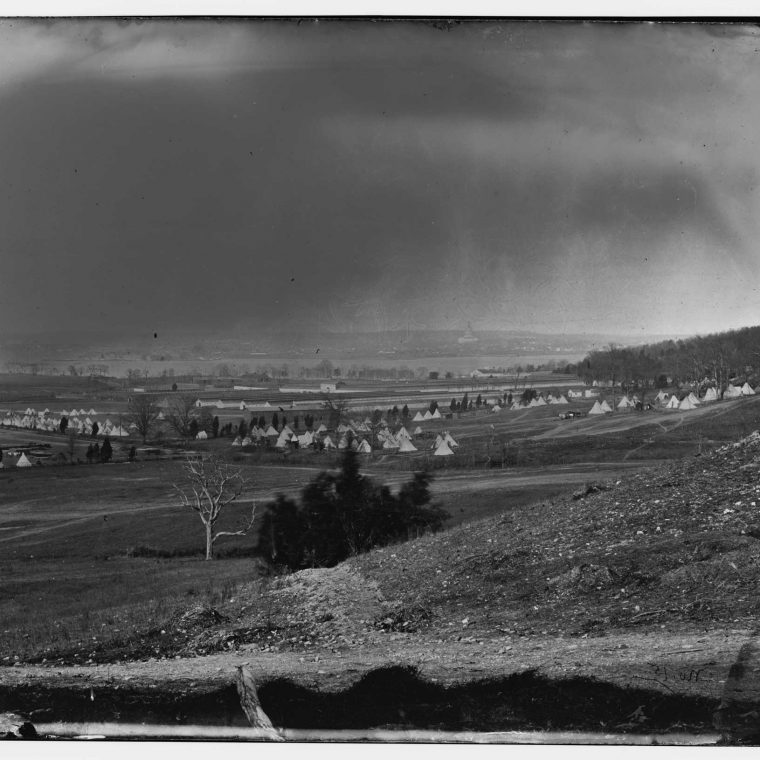 Civil War Tents, Photograph, 1864. The Union Army constructed dozens of military hospitals, army forts, and naval bases throughout Washington, D.C. during the Civil War. Almost 2,000 sick and wounded soldiers and sailors lived temporarily in the unfinished east wing of the Center Building, in West Lodge, and in tents on the grounds. Courtesy National Archives & Records Administration. 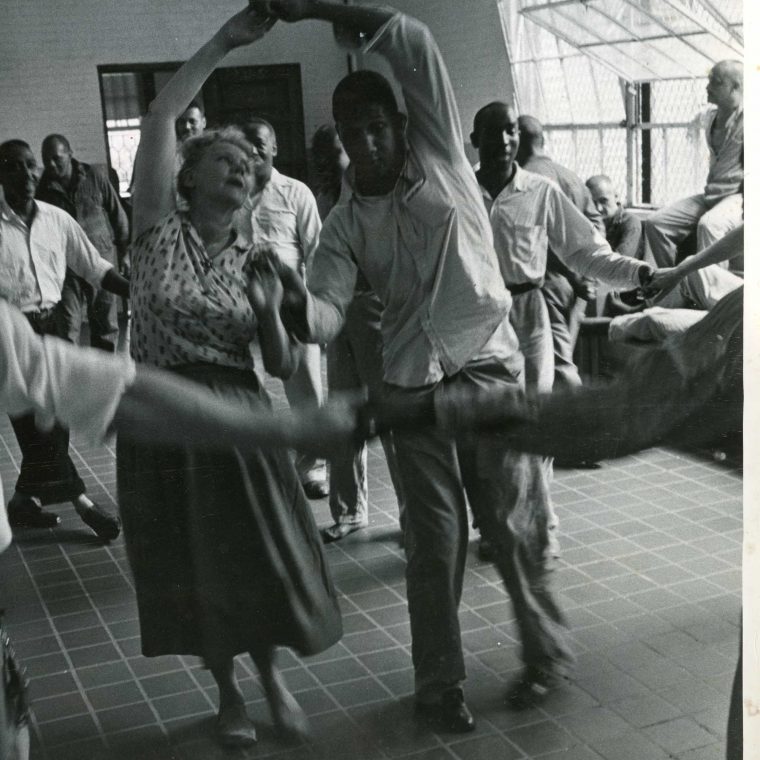 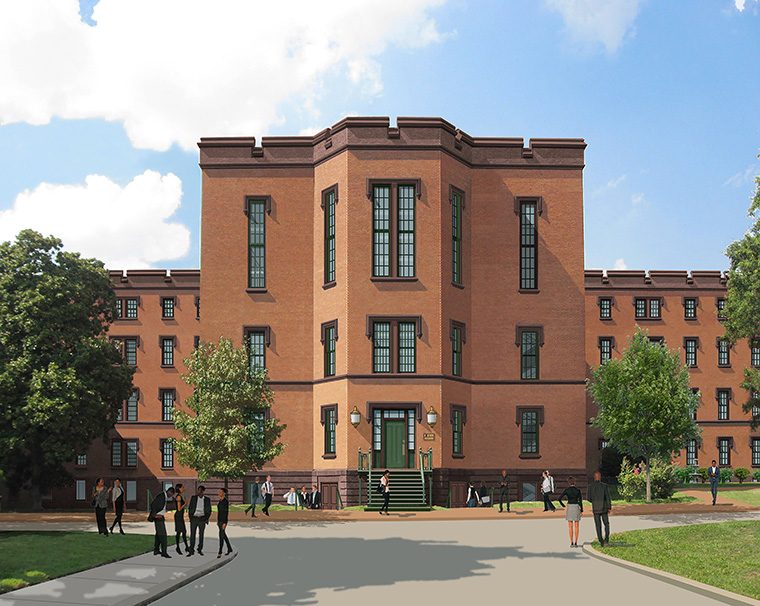 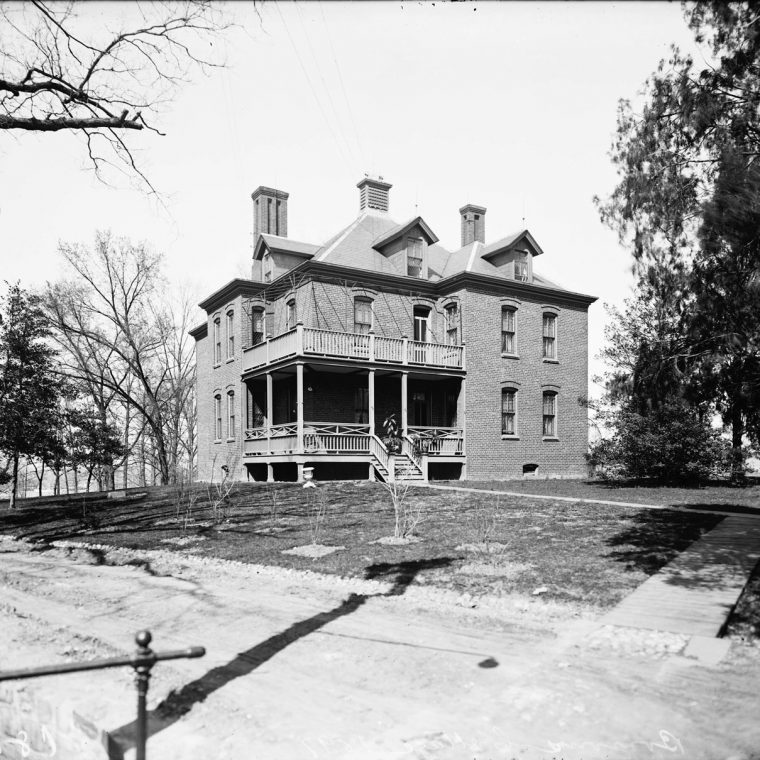 Some affluent patients, such as Sarah Burroughs, were housed in cottages on campus with their own personal nursing staff. Courtesy of the National Archives and Records Administration, c. 1890s 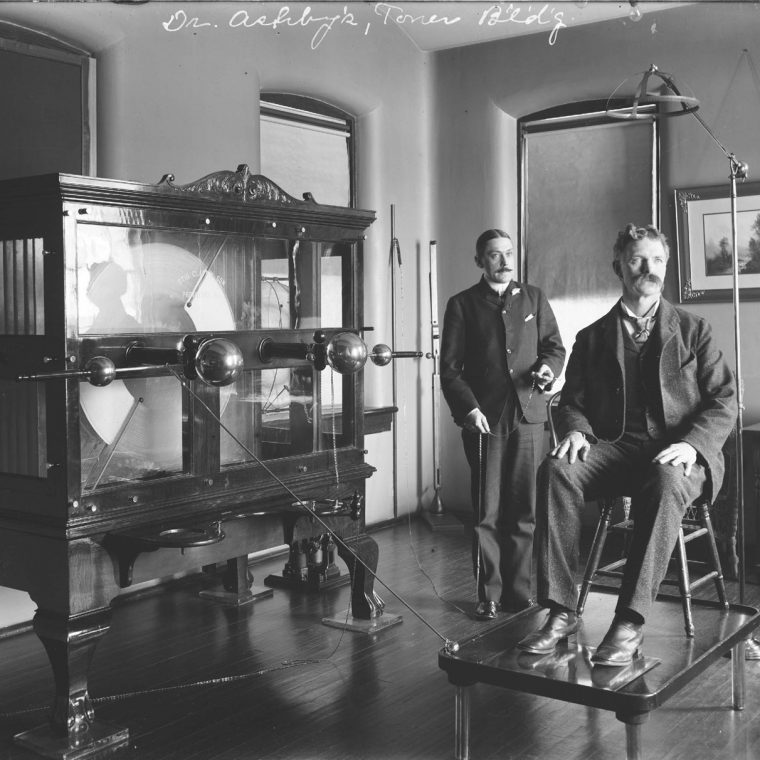 This “old electric shock machine” was used for patient therapy at St. Elizabeths in the early 20th century. Courtesy of the National Archives and Records Administration, c.1920s. 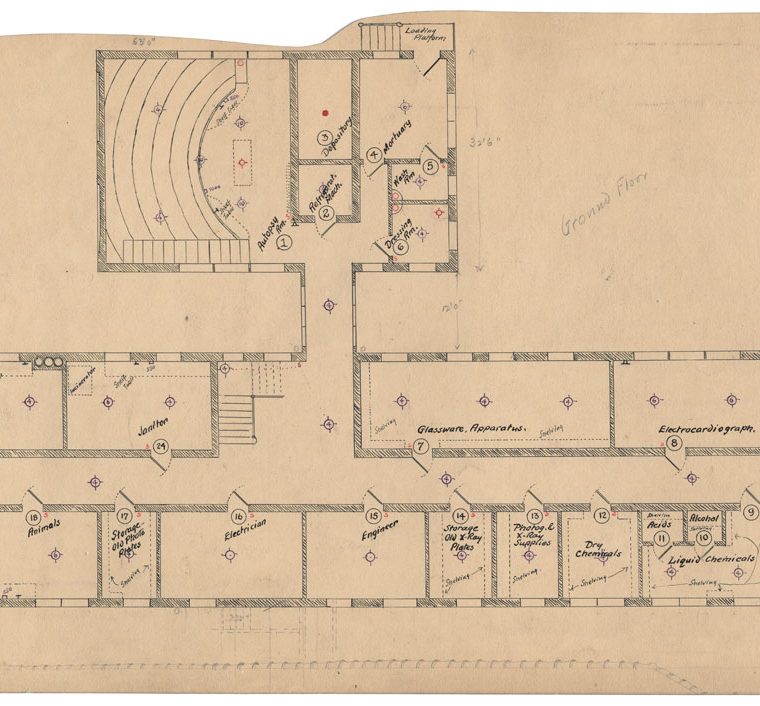 Until its closure in 2010, doctors at the Blackburn pathology laboratory and its adjoining autopsy theater furthered the scientific study of mental illness. Courtesy Library of Congress, c. 1910.

Dorothea Lynde Dix was an educator and activist who spoke out against the problems in the mental health care system. Her legacy as a founder of St. Elizabeths endured into the second century of the hospital. Courtesy National Library of Medicine, c. 1950s. 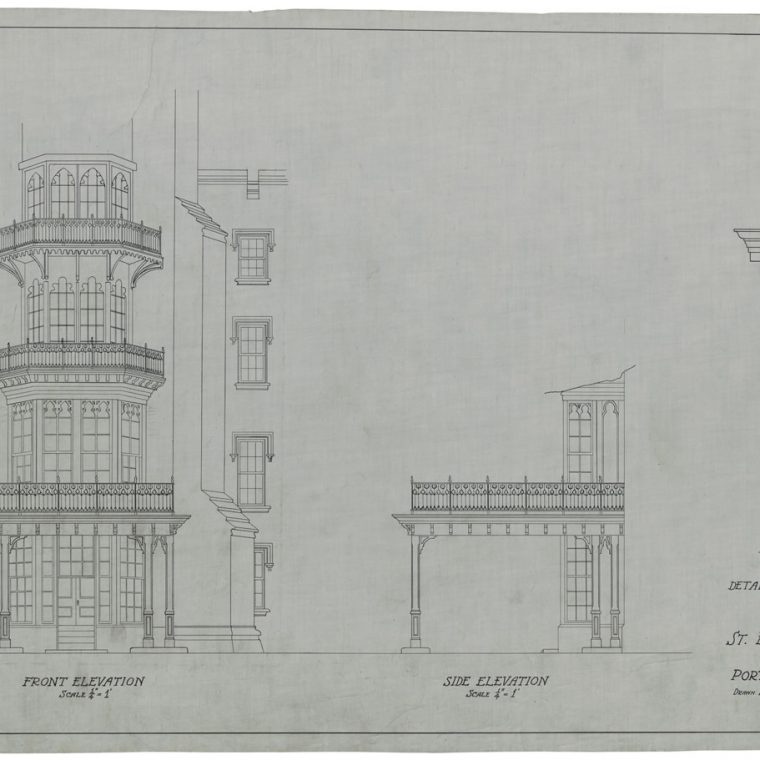 A Victorian porte-cochère—a protective and decorative canopy for visitors to the Center Building—was demolished and rebuilt several times during the history of St. Elizabeths. Courtesy Library of Congress, 1938. 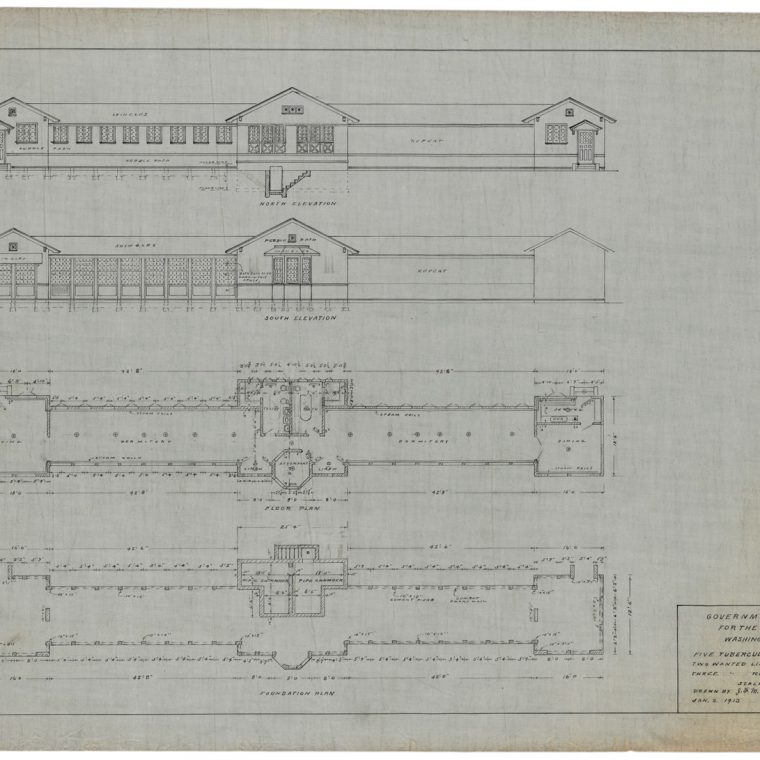 The five tuberculosis cottages at St. Elizabeths provided patients with fresh air and sunlight, both thought to be curatives for the disease. Courtesy Library of Congress, c. 1913. 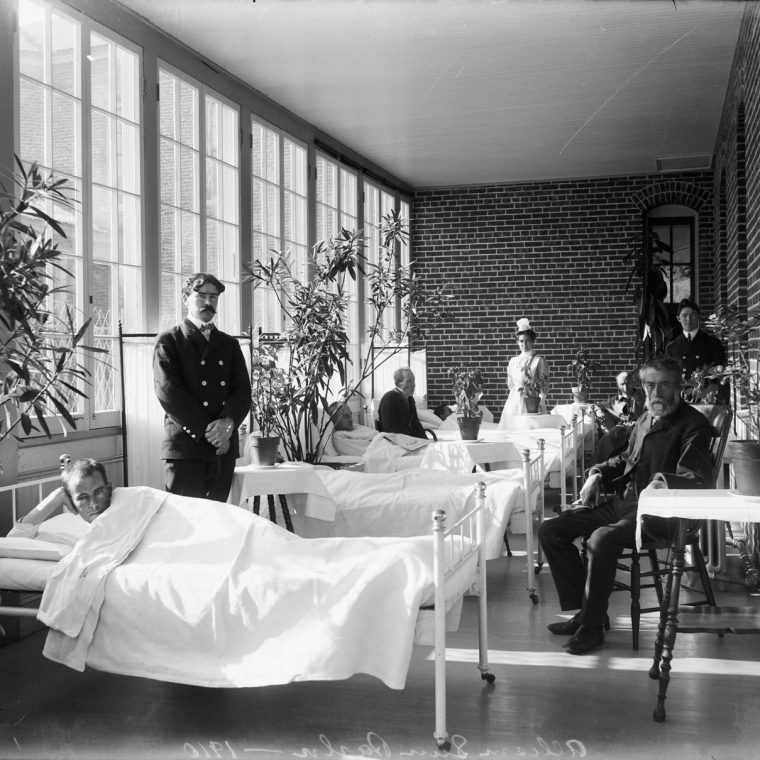 The porches of the 1890s Allison Buildings were later enclosed to provide more space for patient beds. Courtesy of the National Archives and Records Administration, 1910

This 1895 site map shows the Center Building and other supporting structures of St. Elizabeths Hospital—then known as the Government Hospital for the Insane. Courtesy Library of Congress. 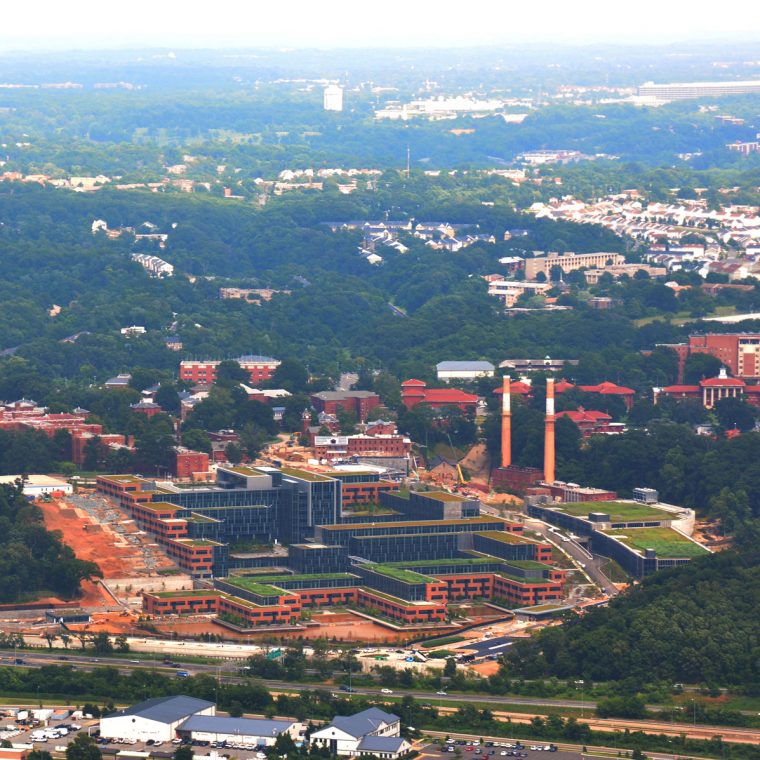 Architecture of an Asylum is presented in collaboration with the US General Services Administration. Additional support has been provided by the American Institute of Architects, Events DC, ZGF, Brailsford & Dunlavey, Smoot | Gilbane, A Joint Venture, and EYP Architecture & Engineering.