Founded by Henry C. Turner (1871–1954) in 1902, Turner Construction Company built its reputation as a specialty contractor with expertise in reinforced concrete technologies. Today, the company is one of the largest and most diversified construction firms in the United States, typically completing over 1,000 structures a year.

In 1910, Turner hired accomplished illustrator Richard W. Rummell to fashion an innovative marketing tool that would showcase the young company’s success. He asked for a composite cityscape featuring all of the firm’s projects to date and stipulated that at least two sides of each building be visible, preferably with the front entrance clearly evident. The realistic aerial perspective Rummell created set a precedent for all subsequent Turner City drawings, as they came to be known. Commissioned annually since then, each rendering is essentially an illustrated annual report of the major works completed by the firm during the previous year.

Donated to the Museum in 1994 and updated periodically, the Turner City Collection is a microcosm of urban planning and design history over the past century. Not only do the drawings trace emerging building types and reflect changing architectural styles, they also document shifting economic and social realities.

The Turner City collection is in storage and not on view. Please check current exhibitions for a list of what is publicly accessible. 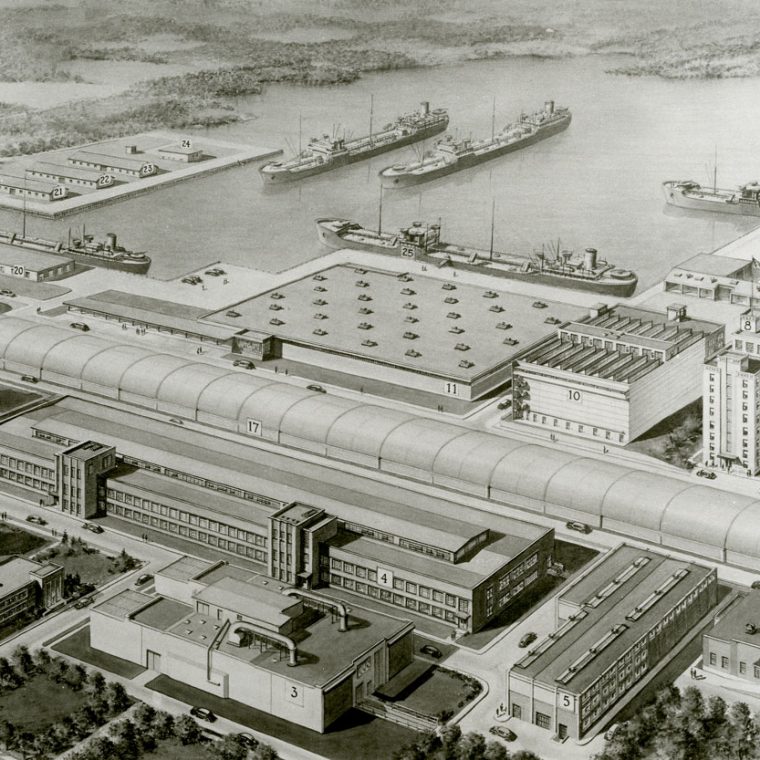 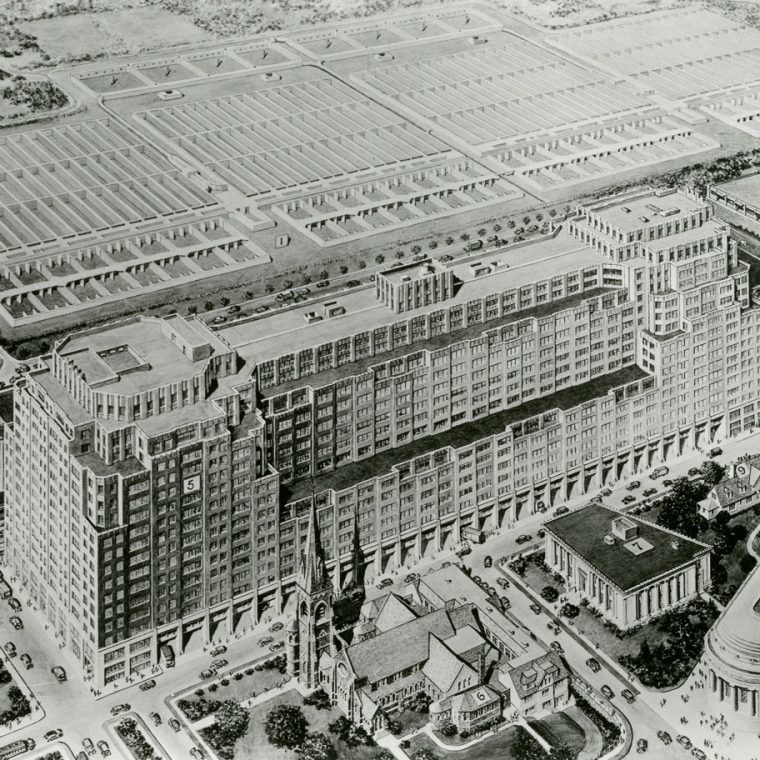 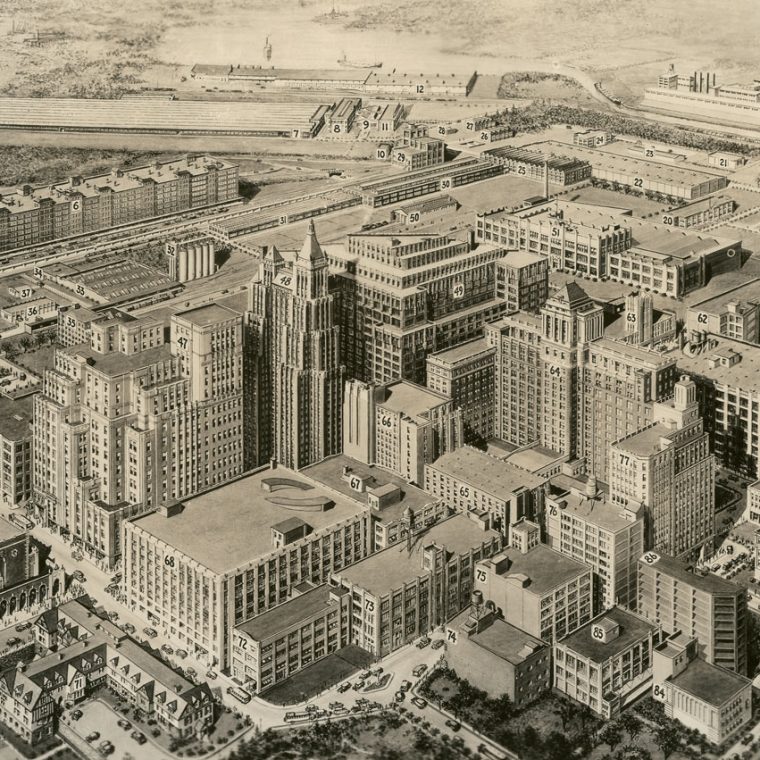 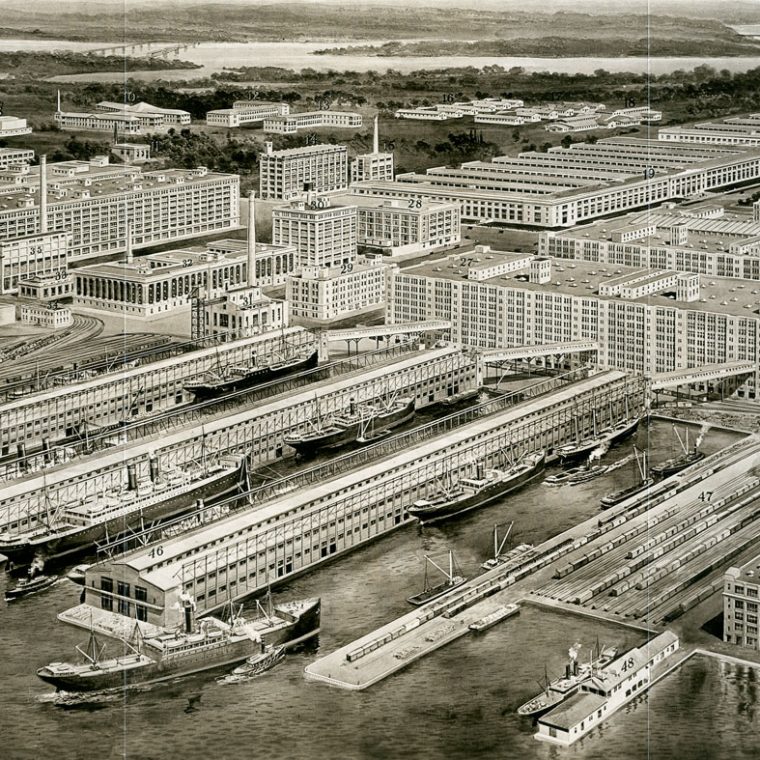 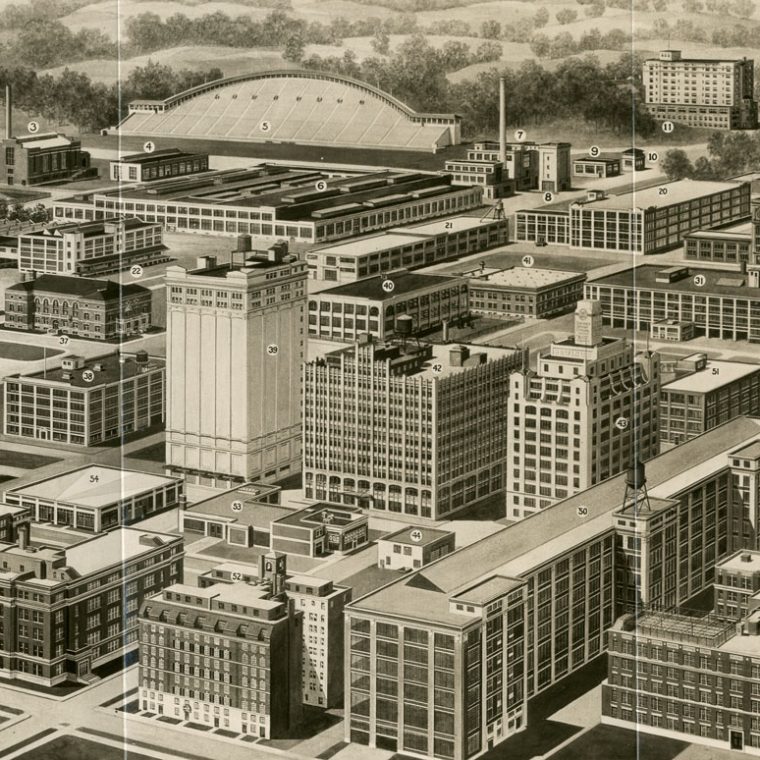 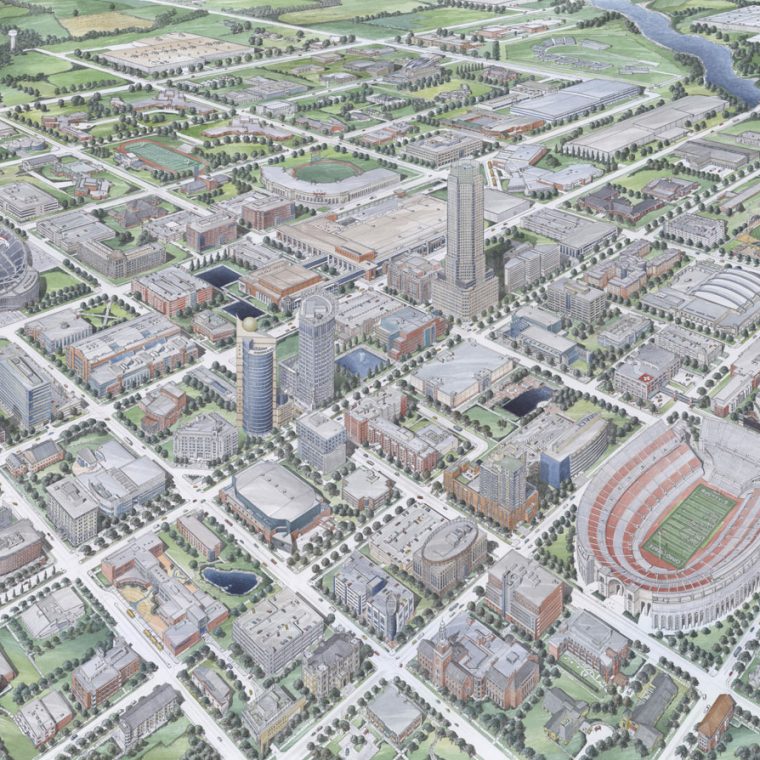 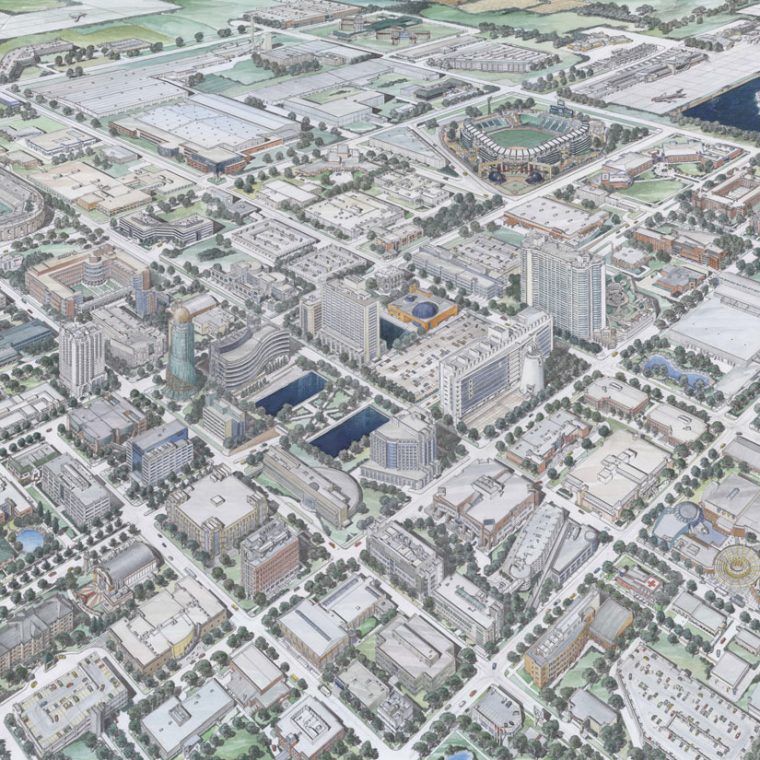 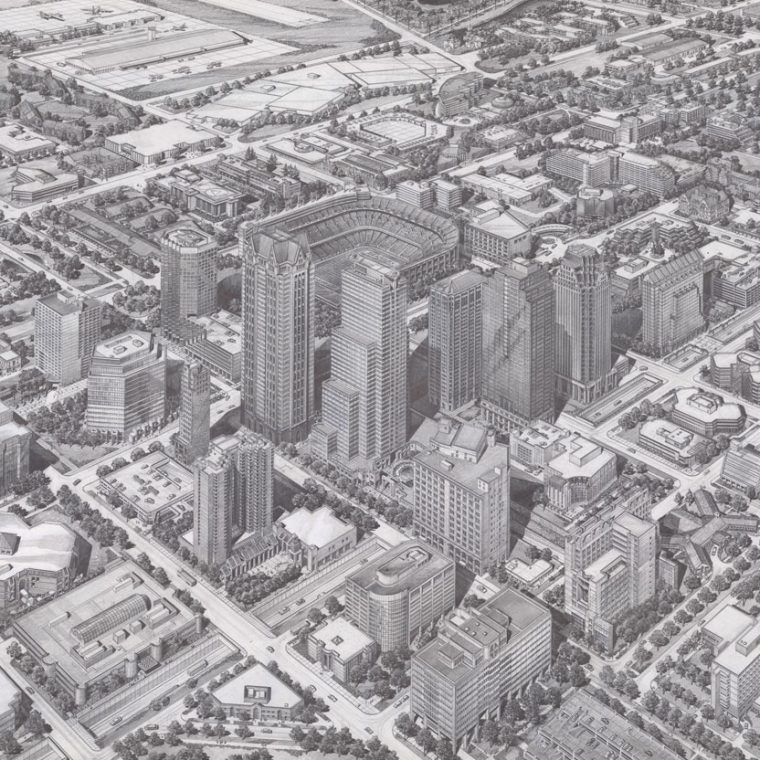 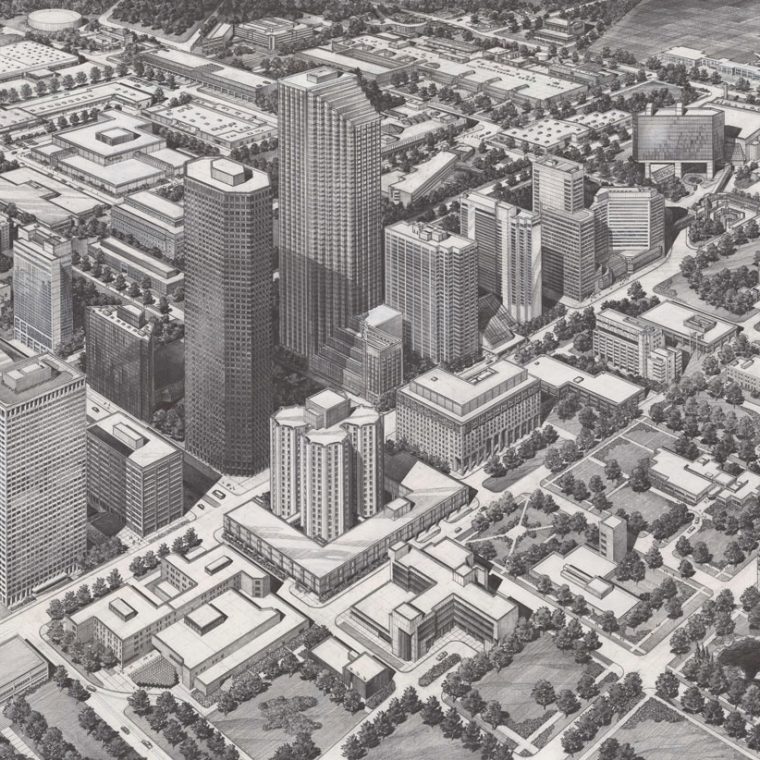 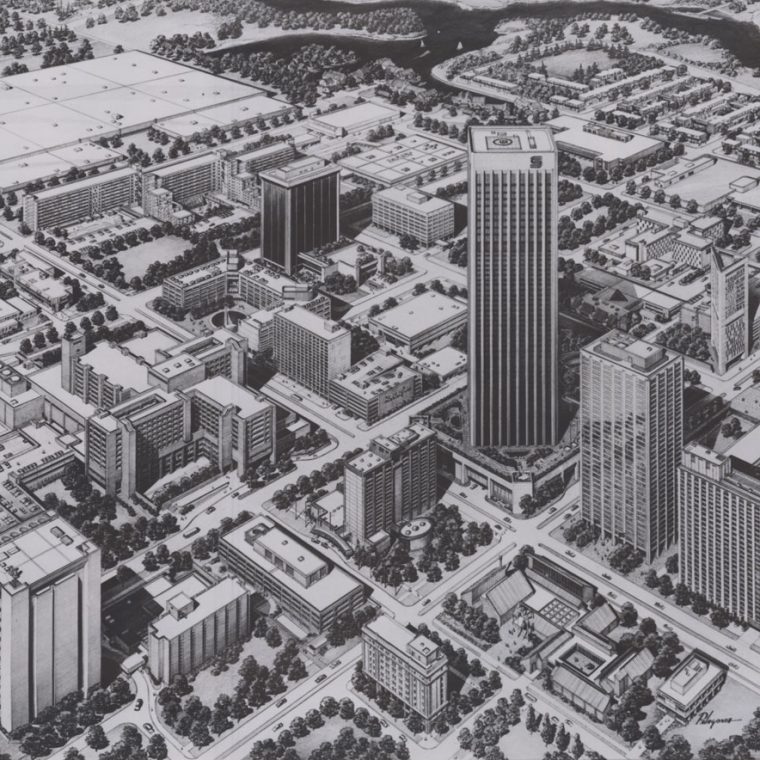 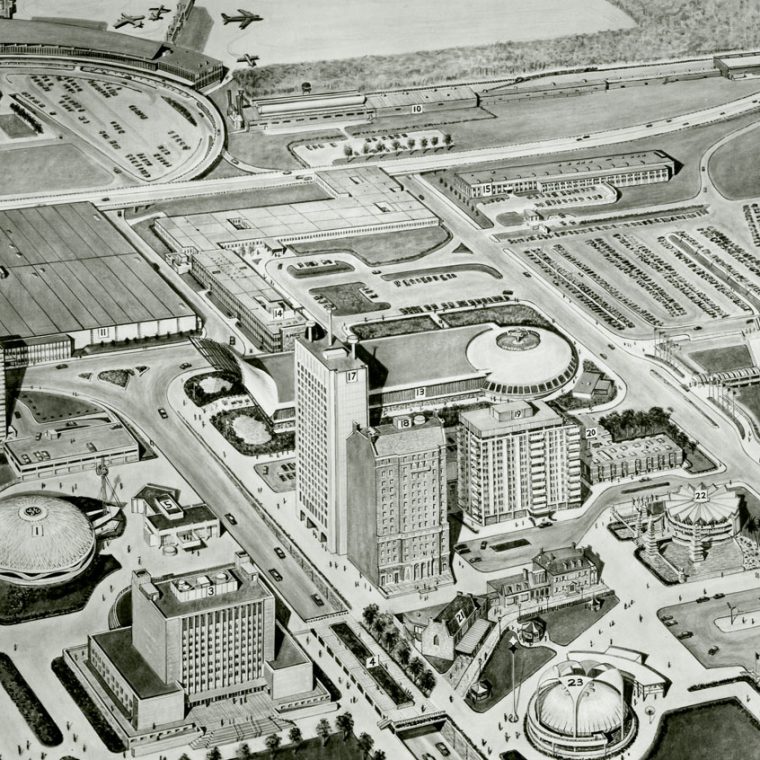 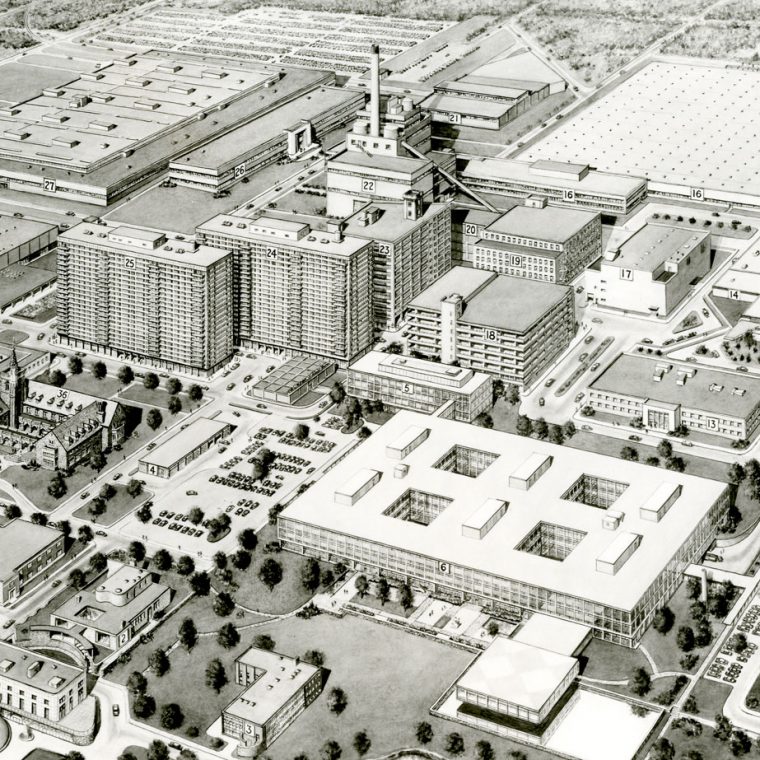