The Kress collection presents a record of nearly a century of building activity for the Kress Five-and-Dimes, a variety store, which once spanned the country. It consists of 6,000 architectural plans, 7,000 photographs, and 50 linear feet of documents.

S.H. Kress & Co. (1896–1981) was one of the 20th century’s most prosperous variety-store retailers. Though never the largest chain, Kress maintained the highest per-store sales of any five-and-dime retailer for more than 20 years, beginning in 1927. The creation of an architectural division within the company played a key role in both attracting customers and facilitating sales.

Samuel H. Kress (1863–1955) envisioned his stores as works of public art that would contribute to the cityscape. To distinguish his stores from those of his competitors, namely F.W. Woolworth Co. and S.S. Kresge Co., he hired staff architects. Kress achieved retail branding success not merely through standardized signage and graphics, but through distinctive architecture and efficient design. Regardless of their style, from elaborate Gothic Revival to streamlined Art Deco, Kress stores were designed to be integral parts of their business districts and helped define Main Street America.

In 1989, the Museum secured the company’s building records, including thousands of drawings and photographs relating to the design, construction, and operation of more than 200 stores stretching from New York to Hawaii. The collection strikingly conveys the changing role architecture has played in recent retail history.

Thanks to the generous support of the Samuel H. Kress Foundation, this Collection can be viewed and researched on our Online Collections Database. 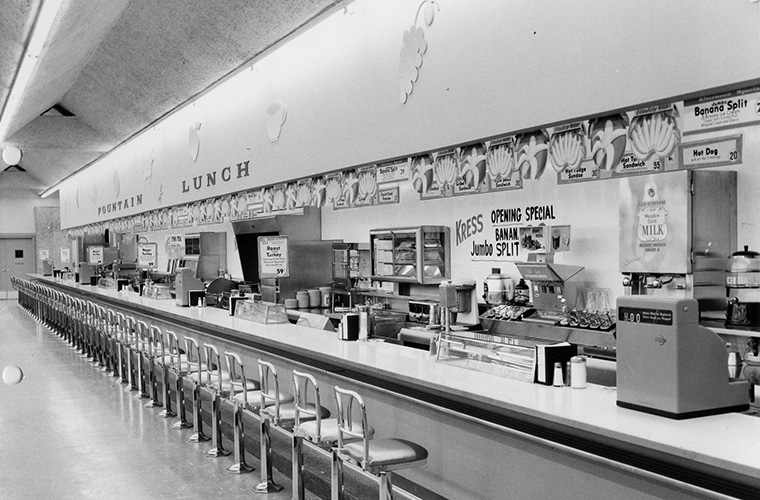